One Teacher One Laptop: Absorb interest cost to teachers - Unions 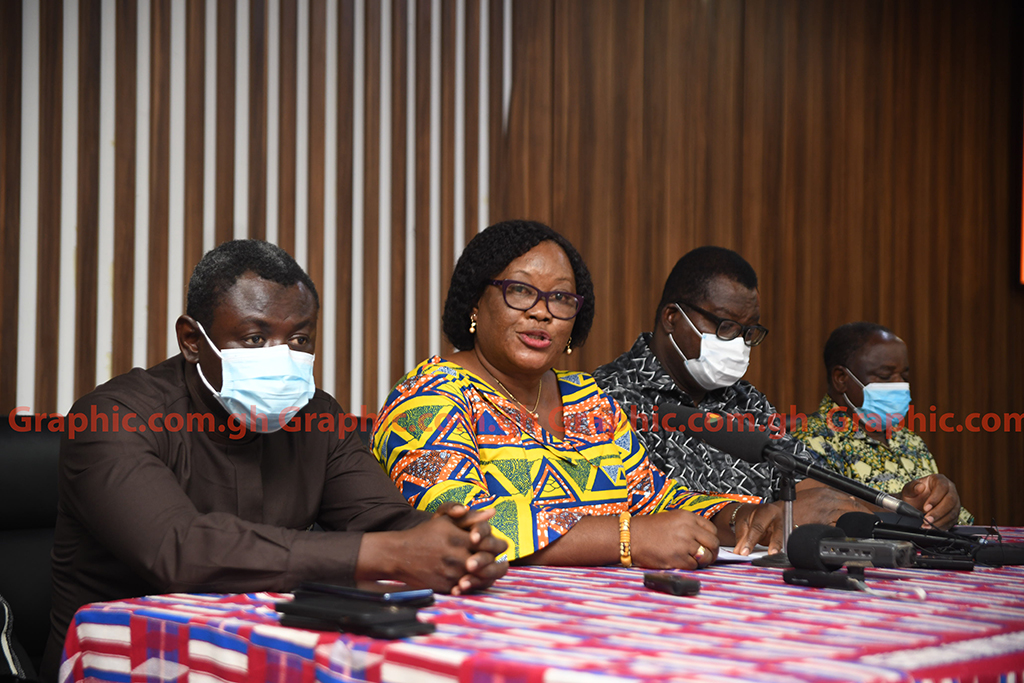 The three teacher unions have appealed to the government to grant them further concessions in the One Teacher One Laptop project.

According to them, even though the government is paying for 70 percent of the GH¢1,550 per laptop and teachers are paying for the remaining 30 percent, they want the government through the Ministry of Education to come to the aid of teachers with a further concession.

They want the government to absorb the interest charges on the loan procured from the Ghana Education Service (GES) Occupational Pension Scheme (GESOPS) to pre-finance the 30 percent cost of the laptop for teachers.

The initial price of the laptop was GH¢1,550 and the 30 percent component of GH¢465 was to be paid by teachers.

However, the GES entered into an agreement for GESOPS to pre-finance the 30 percent cost teachers are supposed to pay.

At a press conference in Accra Tuesday (December 7, 2021), organised the three teacher unions, the teachers called on the government to intervene and absorb the interest on the 30 percent of the laptop cost to teachers.

Speaking on behalf of the unions at the press conference, the President of GNAT, Ms Philippa Larsen, demanded that GES should ensure that all teachers whose monies have been deducted should be supplied with their laptops by the close of December.

Responding to a question, the President of NAGRAT, Mr Angel Carbonu said the distribution of laptops in senior high schools was almost completed.

He said the 280,000 laptops had already been given to the GES for distribution and that was ongoing.

“The interesting thing that contradicts the noise and the hullabaloo is all institutions and teachers who have had the opportunity of getting their laptops had not reacted negatively. Indeed, I have evidence that a lot of teachers are rather waiting for their laptops to be distributed. As leaders, our job is to ensure that whoever’s money is deducted, gets his/her laptop,” he said and that teachers had not been short changed.

He asked for people to get technocrats check the validity and potency of the laptops before drawing conclusions.