Oliver Barker-Vormawor to spend another night in police custody 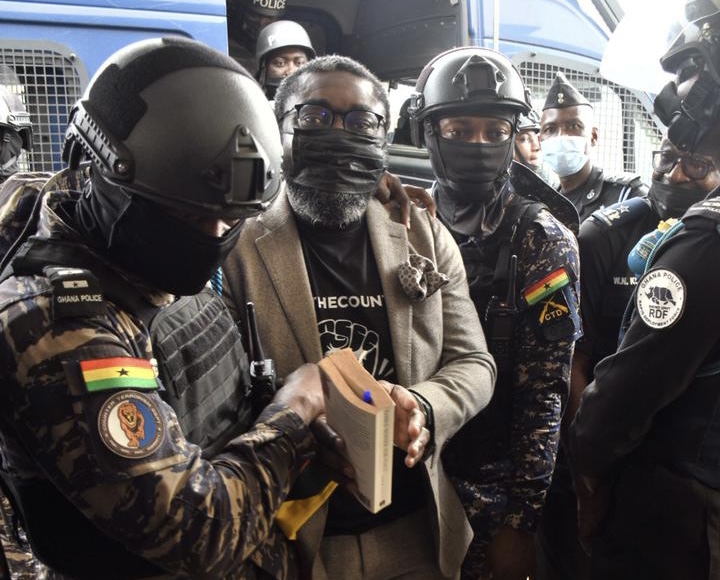 Oliver Barker-Vormawor, a convenor of the #FixTheCountry movement who has been charged with treason felony is to spend another night in police custody since one of his bail conditions is yet to be fully executed.

The Tema High Court, presided over by Justice Daniel Mensah on Wednesday morning (March 16, 2022) granted the accused bail in the sum of GH¢2 million with two sureties.

The court further ordered that one of the sureties deposit his/her document covering a landed property with the court.

The passport of the applicant was also to continue to be with the police while Barker-Vormawor was to report himself once every week to the investigator in charge of the case at the police station where the case emanated from.

But as of 7 pm Wednesday, he was still in police custody since the bail conditions had not been fully executed.

A police statement Wednesday evening said the police in pursuant to the orders of the court, took the accused to the court to execute the bail.

However, the Registrar of the court, Mr Sebastian A. Agbo informed the police, that the document covering the landed property submitted to the court by one of the sureties had been presented to the Greater Accra Regional Lands Commission for verification and the court was still waiting for feedback from the lands Commission.

The Registrar told the police he was unable to proceed with the execution of the bail until he received feedback from the Lands Commission.

The police, therefore, had to take the accused back to police cells while it await the High Court Registrar’s directive.

Read also: I will encourage activism but coup is not an option - Judge to Barker-Vormawor

Granting bail, the presiding judge, Justice Daniel Mensah said he will encourage activism but a coup d'etat is not an option in a democracy.

He has therefore, advised Barker-Vormawor not to go to the extent of thinking about a coup d’etat no matter how he feels about a regime.

“No matter how we feel about a regime, a coup isn’t an option. I’ll encourage activism but know the extent,” the judge told Oliver Barker-Vormawor.

Barker-Vormawor has also been directed by the court to report to the police once a week while investigations into the case continue.

The application for bail at the High Court followed the inability of the Ashaiman District Court, where he has been arraigned on the treason felony charge to grant him bail.

A district court cannot grant bail to a person charged with treason felony unless a higher court.

He was remanded into police custody when he was first arraigned at the Ashaiman District Court on February 14, 2022, on the charge of treason felony.