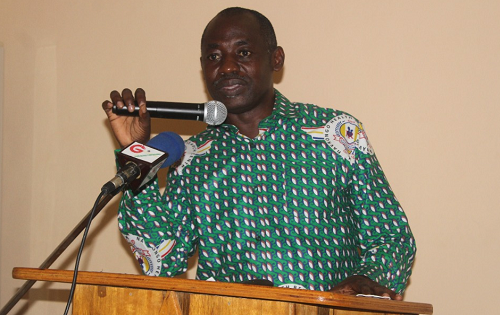 The Clinical Research Department of the Navrongo Health Research Centre (NHRC) in the Upper East Region contributed to the development of the first-ever malaria vaccine for children in the world.

The Acting Director of the centre, Dr Patrick Odum Ansah, who disclosed this to a team of health journalists from the African Media and Malaria Research Network (AMMREN) at the centre, said the NHRC participated in many of the processes that resulted in the development of the malaria vaccine for children, known as the RTS,S.

RTS,S is the first and only malaria vaccine to have been shown in pivotal long-term clinical trials to significantly reduce malaria in children.

RTS,S, acts against P. falciparum, the most deadly malaria parasite globally, and the most prevalent in Africa.

The RTS,S malaria vaccine is the result of 30 years of research and development by GSK and through a partnership with PATH, with support from a network of African research centres.

Explaining the role of the centre, Dr Ansah said out of about 40,000 children needed in three countries—Ghana, Kenya and Malawi for the vaccine trials, NHRC recruited 8,000 children.

Dr Ansah explained that although the Phase One of the malaria vaccine was basically done in the West to test it's safety, African scientists and research centres actively participated in the Phase Two.

According to him, the NHRC and KHRC were selected to take part in the phase 4 evaluation of the RTS,S vaccine development after the prequalification of the vaccine by world Health Organisation due to their strong demographic surveillance system.

He noted, for instance, that the KHRC also recruited 12,000 children for the trials.

Dr Ansah pointed out that currently, over 20, 000 children in the country were under surveillance for the malaria vaccine.

He said whereas Ghana recruited half of the number of children needed for this evaluation, the other half was shared between Kenya and Malawi.

He observed that none of the 20,000 children given the malaria vaccine and followed had developed any serious adverse efects directly due to the vaccine saying

"The vaccine is very safe. It will reduce the number of children who die early."

For Dr Ansah, the data on the vaccine from Ghana helped the developers of the malaria vaccine and world health body arriving at the conclusion that the vaccine was safe, efficacious and tolerable in children. 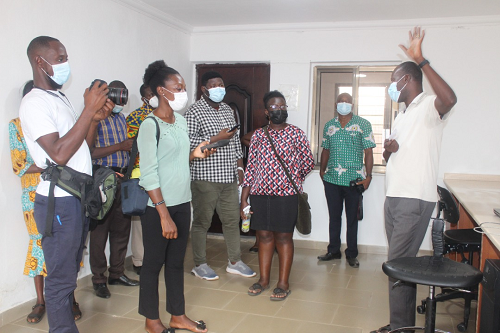 He disclosed that all the children vaccinated with the RTS,S would be followed for five years, explaining that " the data so far collected together with other studies already shows that the vaccine has been safe and effective and its deployment is feasible in subsaharan Africa."

He said although the RTS,S is the first malaria vaccine to be licensed by the World Health Organisation, there are currently more malaria vaccines under various stages of development.

Dr Ansah also urged the public to report any side events (effects) from taking vaccines, noting that reporting any side effect would help vaccine developers to gather more information about the safety of the vacccine.

He said although vaccine development goes through rigorous process, when people also give feedback it ensures continuous monitoring of the safety of the vaccine.

He noted that in Europe, for instance, drugs that had been certified for use for over 50 years were still being followed and monitored, due to reports of adverse events by users.

Dr Ansah, however, expressed the worry that in many parts of Africa, people hardly report adverse events of drugs or vaccines.

He noted that people could report adverse events of drugs or vaccines to the Food and Drugs Authority (FDA), pharmacists, hospitals or CHPS Compounds.

He also called for more education to enable people find the right channels to report adverse events on drugs and vaccines.

He further urged healthcare workers to encourage their patients to report adverse events on drugs given them.

"We need to get to a stage where naturally, when a new drug or vaccine is introduced into the system; anybody that will develop a problem can report it and be put on the Food and Drugs Authority's platform," Dr Ansah explained.