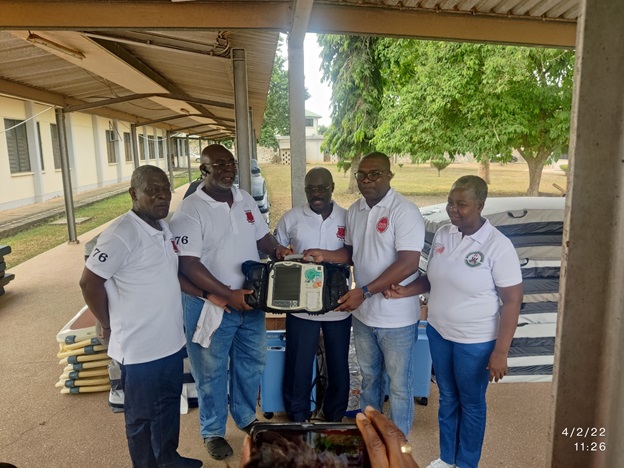 (2nd from left) Mr K B Coleman, President of the 1976 year group presenting a defibrillator to Dr Eric Ngyedu, CEO of the Cape Coast Teaching Hospital. Also in the picture are Mr Eric Koranteng (1st left) Dr. Ken Appah-Sampong (middle) and Mrs. Blankson, (1st right) and some of the items presented in the background. Follow @Graphicgh

Joined by their spouses the 1976 Year Group handed over the equipment to the hospital officials on April 2, 2022.

The President of the Year Group, Mr. K. B. Coleman said the presentation formed part of activities commemorating 50 years of entering the Mfantsipim School.

The group entered Mfantsipim in September 1971 but could not make the presentation in September 2021 due to the COVID-19 pandemic.

They, therefore, chose April 2, a day before Mfantsipim’s Founders Day on April 3, to hand over the equipment to the hospital. 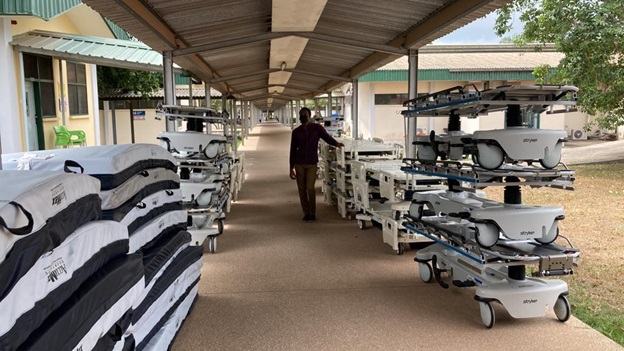 PHOTO: Some of the items presented to the Cape Coast Teaching Hospital.

Mr Coleman said every 10 years, the Old Boys undertake a project for the school, and the 1976 group decided to use their turn this time around to give something back to the community that hosted them for five years and in some cases seven years.

The hospital was chosen as the ideal recipient and after consultation, they rallied around and sourced the items through their mates overseas, notably, Dr. Kenneth Appah Sampong and Mr. Eric Koranteng both in the United States of America (USA). 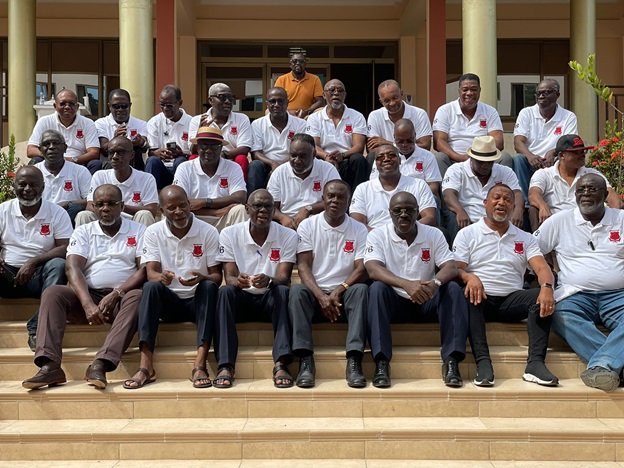 PHOTO: Some members of the Year Group after the presentation.

Mr Coleman acknowledged the effort of all members of the group who assisted in numerous ways financially, network, and encouragement that made the donation possible. 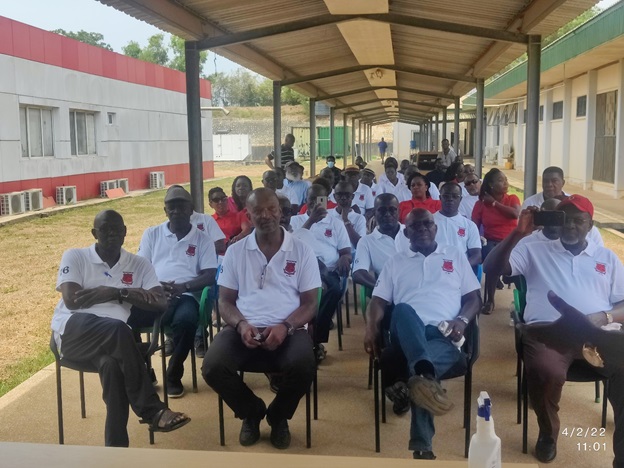 PHOTO: A section of the class and wives at the presentation.

Responding, the Chief Executive Officer of the Cape Coast Teaching Hospital, Dr Eric Ngyedu indicated that the presentation was timely as the hospital was retooling and equipping to help meet the requirements of a tertiary hospital.