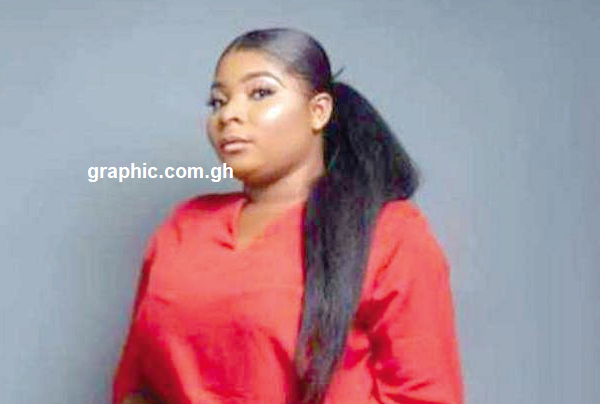 A man has allegedly stabbed his girlfriend to death in his room in Cape Coast, after which he committed suicide by hanging.

The woman, Georgina Sayel, a teacher said to be in her late 20s, was found dead in a pool of blood in Emmanuel Kwakye’s room last Monday.

A distance away at Bronyibima, near Elmina, yesterday morning, residents found Kwakye’s body hanging in a basic school.

Sayel’s church members who spoke with the Daily Graphic yesterday said she had been in church last Sunday and related well with other church members.

She was said to have visited Kwakye in his house at Esuekyir after church on Sunday but did not return home.

Concerned friends followed up to Kwakye’s house and found the room locked.

When the door was broken, Sayel’s body was found in a pool of blood.

Confirming the incident, the Public Relations Officer (PRO) of the Central Regional Police Command, Deputy Superintendent of Police (DSP) Ms Irene Oppong, said last Monday, a resident of Akotokyir, a Cape Coast suburb, had reported to the University of Cape Coast (UCC) Police that he had called his friend, Kwakye, on his cell phone many times but the phone was off.

According to the resident, when he went to Kwakye’s residence, he was not there, but saw a lady lying dead in his room, which was not locked.

The PRO said the police proceeded to the scene and found Sayel’s body lying on the carpet in the sitting room.

She said when the body was examined, a deep stab wound was found on the left rib, with her brassier and dress soaked with blood.

A search conducted in the room revealed a black kitchen knife with blood stains on it.

She said Sayel’s body had been deposited at the Cape Coast Teaching Hospital mortuary, pending autopsy.

According to DSP Oppong, the Elmina District Police also received information that a 45-year-old man had committed suicide by hanging at the Bronyibima M.A. Basic School.

The police immediately proceeded to the location and found the remains.

She said the man was the one suspected to have killed Sayel.

The police said the case was under investigation.