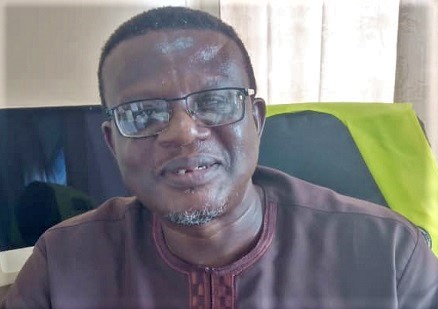 The Land Use and Spatial Planning Authority (LUSPA) has developed a new system for the monitoring and implementation of the street naming and property address system.

The system enables the LUSPA officers to work with local government authorities for the implementation of the already ongoing project.

The acting Chief Executive Officer (CEO) of the LUSPA, Kwadwo Yeboah, told the Daily Graphic in Accra that the monitoring system would emanate from the LUSPA head office in Accra and the regional offices to the district assemblies.

The street address system started over 20 years ago, with the metropolitan, municipal and district assemblies (MMDAs) working with the traditional authorities and other key stakeholders on the project.

However, there were instances when the then Department of Town and Country Planning, now the LUSPA, had to wait for long without receiving names from the traditional authorities or other stakeholders.

“In such instances, we do what we call generic names, knowing that in the future if we are able to get the addresses or the names from the chiefs we will then change them,” Mr Yeboah said.

He said some of the names generated by the authority ended up being accepted by the people and so they were maintained as names for the streets.

“Most of the names come from the chiefs through the MMDAs because it is the responsibility of the MMDAs to ensure that every street has a name. If we had done it in the right manner at the MMDAs, there would have been no need for a street address system whereby we invest so much in it,” Mr Yeboah said.

“When you prepare the local plan and you involve the chiefs and relevant stakeholders, all the streets will be assigned with names and you have to sequentially number all the properties, then that becomes your data for the area,” he added.

The digital address, he said, could be generated within about five-metre radius, but added that the LUSPA was now generating a unified address for every single property.

He stated that although most property owners generated their own addresses and posted them on their property, with the introduction of the Ghana Post (GPS) address system, government was now providing the present addresses free of charge.

“So what we are doing now is going to be your digital address. The old ones will be removed so that we have just the unique address system for every property. Now some properties even have four different addresses, but it is an ongoing process. Eventually, we will sanitise the situation and harmonise it so that every property will have a single address,” he stressed.

While explaining why some street names or lanes had changed, Mr Yeboah said it was possible there were new or additional roads or lanes within those communities, thereby increasing the number of lanes or roads and leading to the change in the names of some of the old or new roads or lanes.

Mr Yeboah said there were, however, some challenges with some of the generic names, some of which generated complaints from the public.

Beginning with Accra, Mr Yeboah gave an assurance that areas that had challenges with the names of streets, spelling mistakes, change of lanes into roads among others would be identified and rectified next week.

The street and property naming, along with the digital address system, is a nationwide exercise being done in phases, even though Accra has dominated the phase one.

Under the first phase, the LUSPA is envisaging four million properties, with about 58 per cent covered so far.