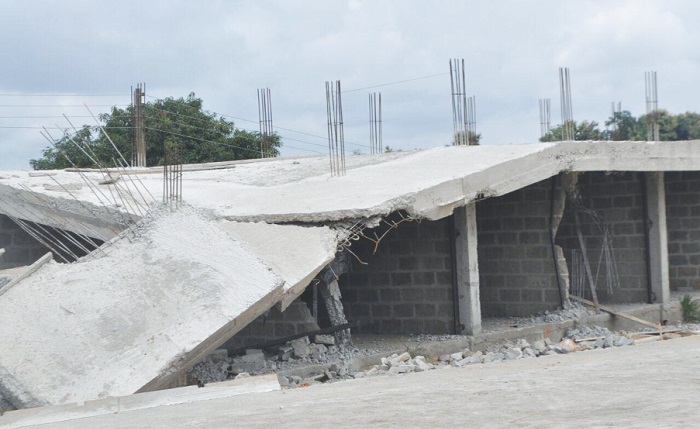 The Lands Commission has served notice that starting from today, it will undertake a demolition exercise to reclaim state lands that have been encroached upon.

This is as a result of the urgent need for a more extensive exercise to recover and protect all encroached portions of the state lands, including demolition of unauthorised structures, following a reconnaissance inspection of sites by a joint team of Lands Administrators and police officers.

A statement from the commission, signed by its Executive Secretary, James E. K. Dadson, said under section 236 of the Land Act, 2020 (Act 1036), it had engaged a private agent with the assistance of the Ghana Police Service to recover and protect such sites.

The commission identified the lands to be reclaimed as approximately 1,381.995 acres at Kweiman-Amrahia, which was a site for Modern Dairy Farm under Instrument, 1970 (E.I.47).

Mr Dadson said the commission had in recent times received a number of reports of encroachments on state lands within the said areas by unknown armed men.

He indicated that the illegality started during the festive season in December, 2022 and continues to occur.

He stressed that the said parcels under threat were part of government acquisitions with compensations paid and would, therefore, use every legal means to protect them.

Also, the commission reminded the general public that all state-acquired and vested lands in the country were administered by the government through the Lands Commission.

However, government acting on a goodwill, released parts of the acquired lands to the pre-acquisition owners and it was thus worrying that the rest of the state lands were being encroached upon by armed men.

“Following a reconnaissance inspection of the affected sites, the joint team of Lands Administrators and Police Officers agreed on the urgency of a more extensive exercise to recover and protect all the encroached portions.

“It is against this backdrop that the team, therefore, would be undertaking the demolishing exercise to recover and protect these state encroached lands,” the statement emphasised.