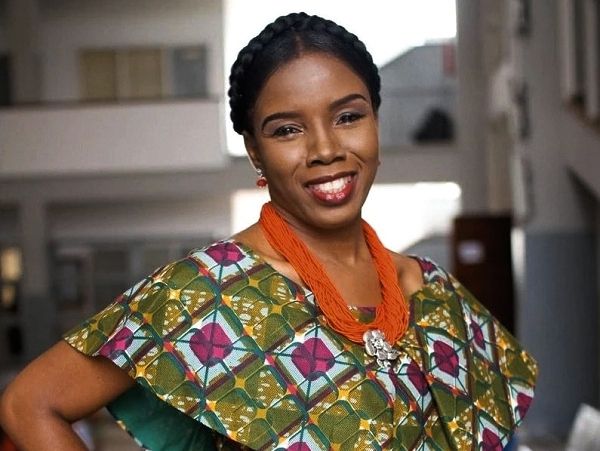 The Quiz Mistress for the National Science and Maths Quiz (NSMQ), Dr. Elsie Effah Kaufmann, has said it is an honour for her to be the Guest Editor of the Daily Graphic on Wednesday.

“I am honoured and excited about the role, but I am also a little apprehensive because I have never done anything like that,” she told the Daily Graphic in a chat.

Dr. Kaufmann, a Senior Lecturer and Founder Head of the Department of Biomedical Engineering of the University of Ghana, will have the last bite of the cherry in the Guest Editor Series initiated by the Graphic Communications Group Limited (GCGL) as part of its 70th anniversary celebration.

On the day, she will assume honorary responsibility for the Daily Graphic, leading the Editorial Team in all its activities

She takes her turn after the Managing Director of Stanbic Bank Ghana Limited, Mr. Alhassan Andani; the General Secretary of the Trades Union Congress (TUC), Dr. Yaw Baah, and a former acting Editor of the Daily Graphic and former Minister of State, Ms. Elizabeth Ohene, had assumed the role in that order since it began last May.

As Guest Editor, Dr. Kaufmann is expected to chair the Editorial Conference and see to the production of the paper for the next day.
Also, the initiative will be a platform for her to share her wealth of experience in her career path.

While looking forward to sharing her experience in science and technology, as well as mentoring young girls to chart career paths in science, technology, engineering and mathematics (STEM), Dr. Kaufmann said she intended to use the opportunity as Guest Editor to learn a lot about the editorial and production work in the print media industry.

“I enjoy reading the Daily Graphic, but I have no idea how it is produced. The opportunity to be Guest Editor will give me the chance to learn a lot on the day and I intend to take full advantage of that chance,” she said with amusement.

She reckoned that the role she played as Quiz Mistress was different from the Guest Editor role, but said she would use some of the other skills she had acquired from hosting the NSMQ to get the work done.

“The role is out of my comfort zone of being a STEM educator. However, I expect that other skills I use as quiz mistress, such as teamwork and decision-making, will be needed and that will help me be effective in the role for the day,” she indicated.

Dr. Kaufmann was a member of the Planning Committee set up by the Academic Board of the University of Ghana to make proposals for establishing the Faculty of Engineering Sciences and was subsequently appointed the Head of the department when it was established.

Although she is the first Head of the Department of Biomedical Engineering, University of Ghana (2006–2012, 2014–2016), Dr. Kaufmann has become most popular in the public space for her role as the Quiz Mistress of the NSMQ, a role she has played since 2006.

As a researcher, she has undertaken works on Engineering Education, Design of scaffolds for tissue engineering applications, Characterisation of natural materials (e.g. cassava fibre) and the Application of Biomedical Engineering concepts to addressing problems in the Ghanaian context; for example, the use of biomaterials in Ghana.

The mother of two young adults was the recipient of the University of Ghana’s Best Teacher Award for the Sciences in 2009.

Dr. Kaufmann, in 2018, was honoured with the National Society of Black Engineers’ Golden Torch Award for International Academic Leadership in recognition of her excellence in support of academics on an international level and exhibition of commitment to the Science, Technology, Engineering, and Math (STEM) fields.

She was also the recipient of the 2017 Impact Africa Summit Laureate for Education in Ghana.

The award recognised her “exceptional and continuous contribution to science education in Ghana and for being a role model and inspiration to many young girls, activities which are vital to achieving Sustainable Development Goals 4 and 5” of the United Nations.

After her graduate studies, she received her post-doctoral training at Rutgers University, before joining the University of Ghana in 2001.

An old student of the Aburi Girls’ Senior High School, the NSMQ Mistress obtained her International Baccalaureate Diploma from the United World College of the Atlantic in Wales in 1988, before proceeding to obtain her university degrees.