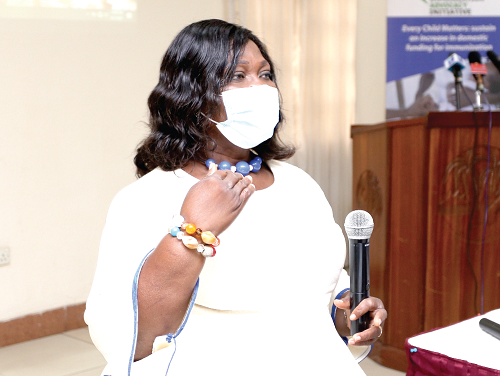 Some civil society organisations (CSOs) have entreated the government to increase budgetary allocation to the health sector to demonstrate its commitment to the sector and the ability to sustain the gains made through donor funding.

According to them, donor funding, which is currently in a transition period, would fade off completely in 2026 due to the fact that the country had attained a middle-income status and was expected to fund its own development programmes.

The CSOs are SEND Ghana, the Hope for Future Generations (HFFG) Consortium, SocioServ and West African Aids Foundation, the Ghana Coalition of NGOs in Health, including the Ghana Registered Midwives Association.

At a media engagement in Accra, the Executive Director of HFFG, Mrs Cecilia Senoo, mentioned immunisation, funding for which, she said, was a major concern of the consortium.

“The gains made in immunisation coverage and outcomes may not be sustainable if domestic funding remains limited,” she said.

Mrs Senoo said such gains could be eroded when donors pulled out by 2026, since the country still faced challenges in meeting its co-funding obligations to the Global Alliance for Vaccine and Immunisation (GAVI).

Citing instances when Ghana defaulted, she said in 2018, it paid 30 per cent out of the 69 per cent it was expected to contribute to routine immunisation expenditure.

According to her, the country started immunisation in the 1960s and currently enjoyed an immunisation coverage of over 90 per cent.

The executive director said due to donor funding, Ghana had made significant strides in eliminating vaccine preventable diseases and related deaths and had consistently been the first in sub-Saharan Africa to introduce new vaccines into routine immunisation.

“Low government budgetary allocation to health, especially goods and services, over the years is affecting commitment to co-financing obligations to GAVI, among others,” she said.

Mrs Senoo further said the mobilisation of domestic resources was the best approach towards self-sustainability, adding that investment in immunisation of children was an investment in their future “because we all believe that we are going to expire for future generations to take over".

The Programme Manager of the Immunisation Advocacy Initiative (IAI), Ms Gladys Damalin, said the programme was a three-year project with funding from the African Population Health Research Centre (APHRC).

She said the overall goal of the project was to advocate government to increase domestic financing for immunisation.

Ms Damalin mentioned the expected outcomes of the project to include ensuring sustainable financing of immunisation in the national budget every year and the proportion of budgetary allocation to immunisation disbursed and spent in each financial year increasing year on year.

She added that mobilising domestic resources to fund vaccines and immunisation programmes was the best approach towards self-sustainability, but that Ghana was yet to demonstrate that it was ready to rely on its own resources to steer its development, particularly in the health sector.

A consultant of the IAI at SEND Ghana, Mr Richard Anane Adortse, said the government's projected expenditure for immunisation was predicted to increase from $5.3 million in 2020 to $8.9 million in 2022, reaching $13 million in 2024.

He said that could only be achieved through the implementation of a modernised and strengthened tax policy and administration to increase tax revenue from 12.6 per cent of Gross Domestic Product to about 23 per cent by 2028.

A representative of the WHO, Mr Kingsley Addai Frimpong, said the time to demonstrate a commitment to sustain immunisation gains was now.

He appealed to the Ministry of Finance to be consistent in its annual budgetary allocation to routine immunisation activities to ensure the attainment of universal health coverage.