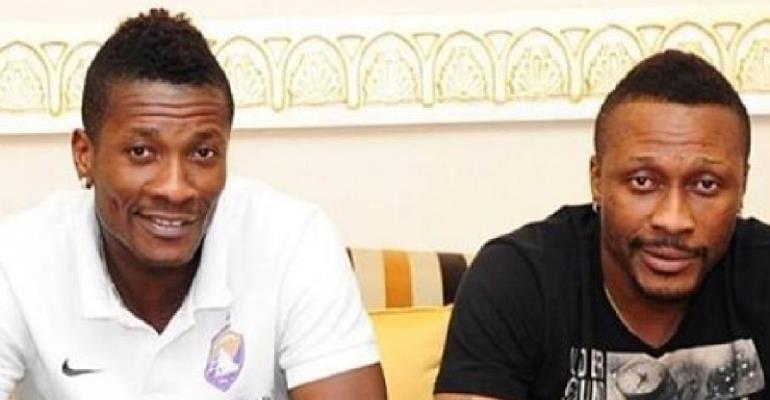 Former Black Stars captain Asamoah Gyan and his brother, Baffour Gyan have been invited by the police in Accra over an assault complaint lodged at the Cantonments Police Station.

Graphic Online understands that the police invitation to the Gyan brothers is following a complaint of assault lodged by the Chief Executive Officer of Websoft Solution, Godwin Martey.

Martey has accused the Gyan brothers of assaulting him during a tennis game last Wednesday [October 14, 2020].

In a radio interview with Accra based Joy FM, Godwin Martey alleged that Baffour Gyan who was the umpire in the tennis game awarded most of the controversial points which were in his favour to Asamoah Gyan.

"At a point, I became a bit uncomfortable with it. So there was a particular point that to me was obvious that the ball was good, and Baffour Gyan insisted that the point was for Asamoah Gyan," Martey said in the radio interview.

Martey, who claimed he felt being unfairly judged by the umpire [Baffour Gyan] added that he was yelled at by Asamoah Gyan for protesting.

“My friend shut up and stand there and play," he said were the words of Gyan.

He [Martey] therefore decided to quit the game, something he said infuriated the Gyan brothers and culminated in they descending on him and assaulting him.

“Then he [Baffour] came down and came to hit me that ‘my friend go there, I say go and play. He was hitting me to go and play,” he added.

“As he was hitting me, Asamoah Gyan came in support of what Baffour was doing – assaulting me," he alleged.

Martey subsequently reported the case at the Cantonments Police station following which the police has invited the Gyan brothers.

Read also: Gyan apologises but insists he did not hit tennis opponent