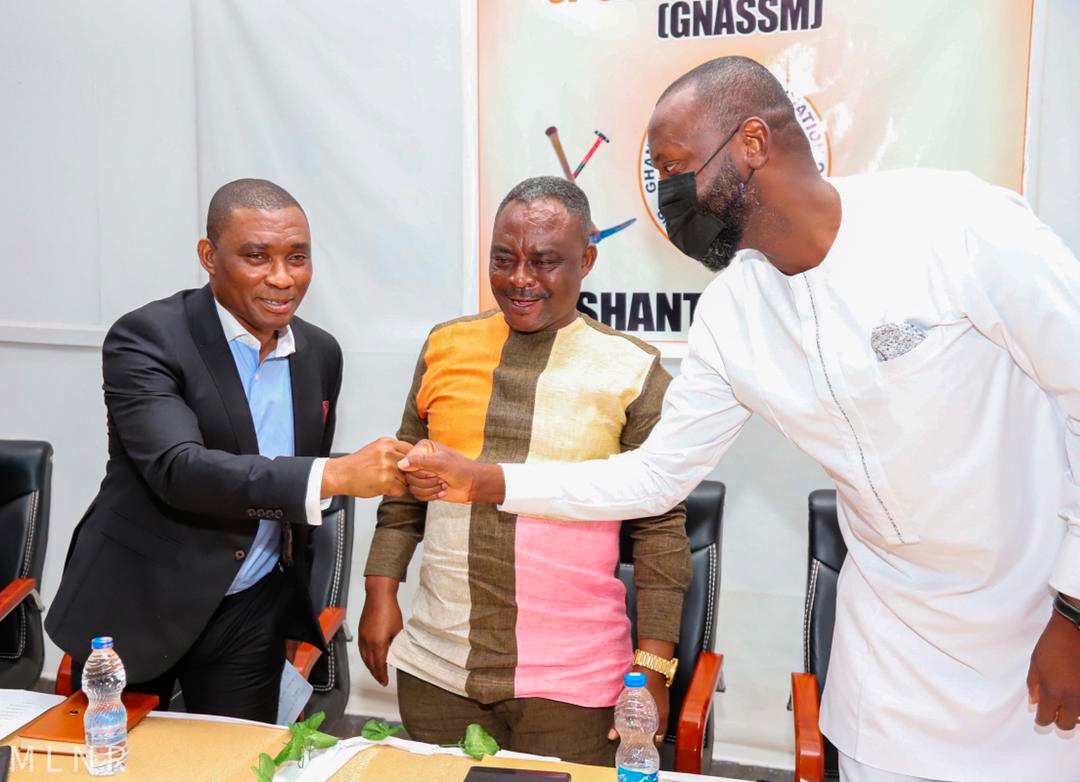 The Ministry of Lands and Natural Resources has cleared small-scale miners in possession of the requisite permit to pursue their business in a responsible manner.

It said such miners were not the focus of the government's renewed fight against illegal mining, popularly called galamsey.

The Head of Public Relations at the ministry, Mr Abraham Otabil, told the Daily Graphic Thursday, July 22, that the permission granted to small-scale miners was reached following a meeting between the minister and the Ghana National Association of Small-scale Miners (GNASSM) in Kumasi in the Ashanti Region today.

He said members of the GNASSM who attended the meeting were drawn from the various mining districts, including Wa, Tarkwa, Bibiani, Dunkwa-on-Offin and Akim Oda.

"At the meeting, the Deputy Minister, Mr George Mireku Duker, dismissed fears of members of the GNASSM that government has banned small-scale mining," he said.

He said Mr Duker reiterated government’s positive interest in mining, and noted that “mining supports Ghana's economy hence government has not and will not ban mining in the country".

Mr Otabil said the government, however, expected the legal small-scale miners to engage in responsible and sustainable mining.

"The Deputy Minister stressed that small-scale miners needed to ensure that their mining activities matched the licences they acquired," he said.

He added that the government would not condone irresponsible mining and would crack down on any such activities.

Mr Duker announced that the ministry would soon set up a taskforce to monitor the operations of miners across the country to ensure compliance.

"We want small-scale miners to do the right things; so, drop your old self and take on your new clothes in mining," Mr Duker said.

Touching on community mining, he said government would engage the association in the scheme to ensure inclusiveness at all levels of mining operations.

"The military has been assigned specific task to protect water bodies and forest reserves,” he said in relation to Operation Halt, and advised members of the association to display their addresses in their respective concessions to prevent unwarranted encounters with the taskforce.

Mr Duker also announced a yearly award scheme for the best small-scale mining concessions, an initiative to encourage best practices for other miners to emulate.

The Vice-President of the GNASSM, Sampson Kofi Wiredu, expressed worry about the activities of some soldiers engaged in Operations Halt, saying miners were losing their investments as a result.

He noted that the assurances of the Deputy Minister had given the association the renewed interest and confidence in the government and the sector ministry to safeguard legitimate miners.

The members of the association pledged their commitment to support government win the fight against illegal mining.