Government needs to be selective on infrastructural projects – Prof. Dercon 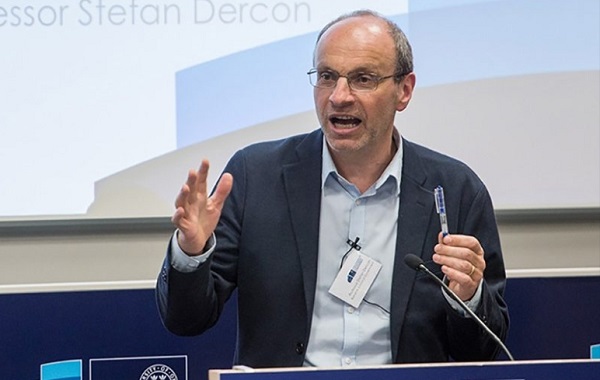 A Belgian-British economist and a Professor of Economic Policy at the Blavatnik School of Government and the Department of Economics at the University of Oxford, Professor Stefan Dercon, has asked the Ghanaian government to exercise fiscal restraint by being selective on infrastructural projects.

That, he said, would help the country to stabilize its macroeconomic situation in order to create the needed atmosphere for growth in future.

“In the long term, the future looks bright but it’s the path to it that is complicated and politically costly for those in power. We just have to find a way to go through it. Ignoring it will definitely be the biggest mistake to make because that would stifle the ability to go to longer term growth,” he noted.

Prof. Dercon, who is also the Director of the Centre for the Study of African Economies, gave the advice last Monday during a lecture on the topic: “Gambling on Development”.

The lecture was organised by the Institute of Statistical, Social and Economic Research (ISSER) of the University of Ghana, Legon, and the Centre for the Study of African Economies (CSAE).

For Prof. Dercon, being selective with project would help the government to cut down on its expenditure and ensure that it does not spend above its tax revenues.

He explained that over the last decade, Ghana had been spending every year, more than what it earns in tax revenue equivalent to two years of growth, describing the situation as unsustainable.

“So, that clearly is not sustainable,” he said, adding that although the stabilization measures would be tough, it was better to take such steps now and benefit later than leaving the situation unattended to.

For him, the government needed political will to be able to restructure Ghana’s economy, stressing that whilst government introduces policies to stabilise the macroeconomic situation, such policies should not affect the poor and vulnerable.

“Such stabilisation efforts will be tough but it’s now that these seeds have to be sown for a future better growth. It would involve cautious political behaviour with government budgets to make sure Ghana goes back to the period of remarkable growth since the 1990’s,” Prof. Dercon explained.

He said, “the success of a country is measured by its ability to correct errors in its economic policy” and that “this won’t be easy. It would involve careful policy making, great communication by the leadership to the population. I’m optimistic that Ghana can make it happen.”

He, however, commended Ghana’s early move to the International Monetary Fund (IMF) for economic bailout, pointing out that the Fund serve as a useful external form of correction in cases when internal accountability could not deliver.