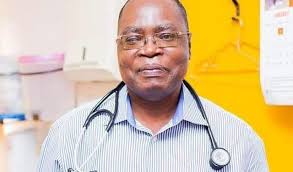 The Ghana Medical Association (GMA) wants a review of the country’s strategy for combating the COVID-19 in order to arrest the alarming rate at which the disease is spreading in the country.

It said with the numbers increasing, its members also had to bear the brunt as “the increasing numbers mean our members are being overstretched  to provide the needed healthcare services and, unfortunately, some are even paying the heavy price.”

In an interview with the Daily Graphic, the General Secretary of the GMA, Dr Titus Beyuo, said it was important to review the strategy to manage the pandemic in the country to ensure that, particularly, doctors were spared the pain of having to work in fear.

He was reacting to the death of a Consultant Surgeon, Dr Richard Kisser, of the Trust Hospital who reportedly died of COVID-19 last Thursday.

Dr Beyuo described the death of Dr Kisser as another big blow to the medical profession in Ghana, stressing that “it is not just about the loss of life but the gap such losses are creating.”

“Dr Kisser’s death brings to four, the number of our members who have succumbed to the infection. Of the number, the least qualified person was a specialist, the other three were consultants and that is the highest level of our profession.

“These are people who have reached the level where they are training and mentoring people, so for us to lose them leaves a big void, considering the number of years it takes to train a specialist.

“One is a death too many and to have four is  overwhelming and we pray that it does not happen again,” he said.

To help the situation, Dr Beyuo said it was important to have three critical areas addressed, as a matter of urgency, calling for the provision of adequate personal protective equipment (PPE)  of the right quality at the right place, prioritising the test for all health workers as well as addressing the real turn around time in the release of results.

“At this moment, it is important to prioritise the testing of all health workers and in-patients to avoid the treatment of suspected cases, retrospectively. That is taking a toll on the frontline staff as it exposes them to the infection,” he explained.

He further described the new policy of management of the cases as worrying, describing the situation as one that could contribute to the increase in the case count.

“Per the new policy, what it means is that until the results of a test is positive, one cannot be made to self-isolate or held in isolation. “

He added: “Until the results are out and if the person is not sick to be on admission or not dead already, he could be left unattended to. That is risky because that person could go out and unknowingly spread the infection.”

Therefore, he said, for such a policy to be effective, the turn-around time in the release of the results must be quick, but, unfortunately, that was not happening so the problem was being compounded.

“The existing strategy is not working because the protocols are not being adhered to because they are not being enforced and that is affecting all the gains made at the beginning,” he noted.

Also in an interview, the Chairman of the Greater Accra GMA, Dr Ernest Yorke, said all efforts must be put in to ensure that the fight against the disease did not get into a helpless situation, since the consequence could be dire for the nation.

“The lessons of the unfortunate demise of our beloved colleague last Thursday must guide us to rethink our strategy in dealing with the COVID-19 pandemic before it completely gets out of hand.

“Also, the issues of shortage of PPE is real and it has to be addressed to ensure that all staff in the frontline of the battle will feel safe and confident going about their duties,” Dr Yorke stressed.

Dr Yorke described Dr Kisser as a proud and active member of the Greater Accra branch of the GMA.

“He was not only a fine doctor, but also a great asset as he had trained many doctors and specialists.”

Dr Kisser worked as a Consultant Surgeon at the Korle Bu Teaching Hospital, the Koforidua Regional Hospital and The Trust Hospital.

He  becomes the fourth medical specialist to have succumbed to the infection in Ghana.

Last April, the Rector of the Ghana College of Physicians and Surgeons, Professor Jacob Plange-Rhule, was reported to have died of COVID-19 at the University of Ghana Medical Centre (UGMC).

According to information from the GMA, 150 doctors have so far been infected.

The current positive case count of COVID-19 in Ghana stands at 18,134 out of which 13,550 have either recovered or discharged per the new protocols for discharging patients.

The casuality list has increased to 117 persons, leaving the active cases at 4,467.

The latest new cases recorded are 393.