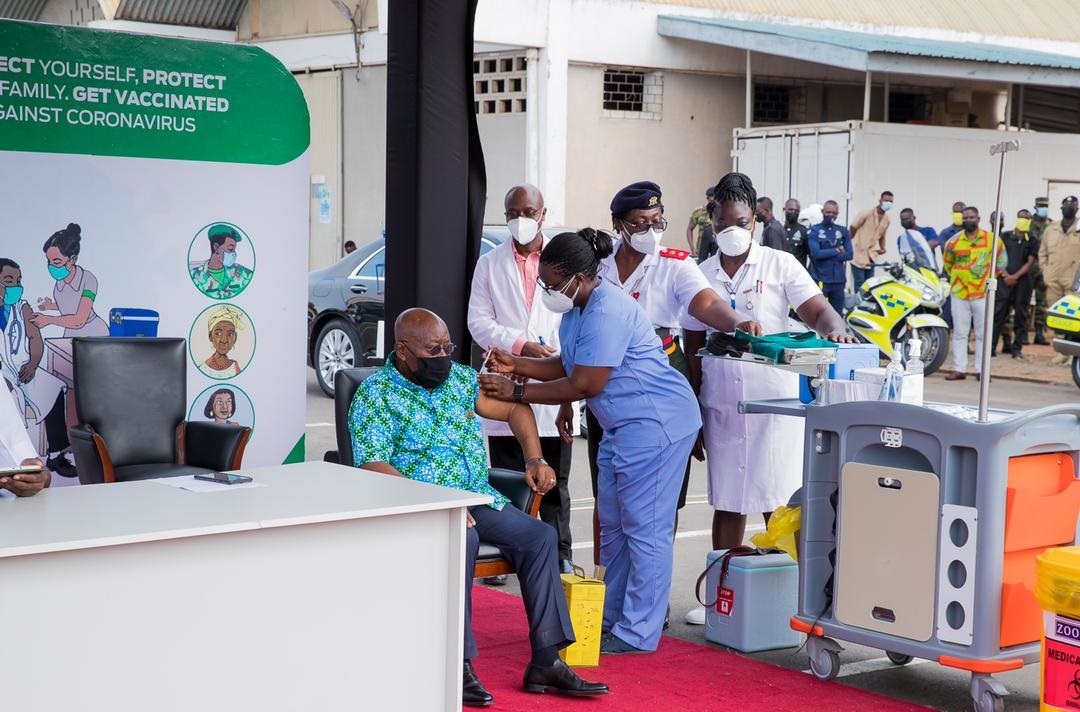 President Nana Addo Dankwa Akufo-Addo has stated that Ghana may reach its COVID-19 vaccination target of 20 million by the end of the first quarter next year.

According to the President, although access to vaccines has been growing, the country will not be able to meet the 20million target for vaccinations that it had set for this year.

"And the significance of it is that in a population of 30 million people, if we are able to vaccinate 20 million, it means we are vaccinating the entire adult population of Ghana and that in itself gives us all the immunity we need so as a target, it is a really important target. We are also taking some long-term decisions".

The President added that it was intolerable that Ghana had to beg other nations for vaccines to vaccinate its people.

President Akufo-Addo said the African continent should have learnt from the Ebola crisis and recognized the need to be able to produce vaccines domestically.

"The pandemic is affecting your population and you are not in a position to assist your population because you are having to beg other people to give you what they have, is not a situation that we can live with. We should have learned our lessons from the Ebola crisis but out of this crisis, we have to recognize the need to have our own domestic capabilities to produce our own vaccine," he said.

He also stated that Ghana was in the "process of creating a national vaccine institute led by very capable and world-class Ghanaian scientists and we are hoping that by next year it will be up and running so we can find strong capabilities to find vaccines for our people".