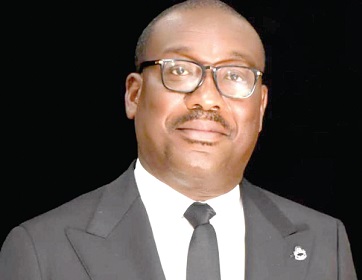 The GBA has expressed worry over reported incidents of attacks on journalists in the course of discharging their duties, and said harsher sentences may be required to stem the tide.

The GBA noted that reported incidents of violence, thuggery and threats that have been visited on some media personnel in the discharge of their all-important work were a threat to the welfare of journalists and press freedom in the country.

These concerns were expressed by the GBA president, Yaw Acheampong Boafo, at the 2022 Bar Conference held in the Volta Region.

According to Mr Boafo, there were known and reported cases in which mostly persons belonging to the two dominant political parties in this country and in some cases some security personnel have attacked, harmed, assaulted and threatened journalists in the line of their work.

“This unfortunate tendency has not been helped by the seeming lethargy or failure by the state and its relevant agencies such as the Ghana Police Service and the Office of the Attorney-General to swiftly arrest, investigate and prosecute such offenders,” he noted.


The GBA also expressed worry that even for cases that were prosecuted, there were usually delays and for those that resulted in conviction, offenders were usually given what could be described as ‘lenient or slap-on-the-wrist’ sentences which did not deter others from committing such acts.

“By way of suggestion, management of media houses and hosts of political programmes may consider reviewing the kind of persons or panellists they invite to their shows,” the GBA president, Yaw Acheampong Boafo, stated in an address at the 2022 Bar Conference held at Ho last week.

The GBA president said it was important for hosts of shows to be alert and proactive to herd panellists and take charge of the discussions to prevent utterances that could unfairly denigrate the reputation of others and even breach the peace and security of this country.

Mr Boafo advised media houses to resist the urge to hide behind dishonest click baits to tarnish the reputation of others who held positions or views they disagreed with.

The GBA president urged Ghanaians and the media to be circumspect in their utterances and publications in order to help protect the country’s fledgling democracy.

He noted that unbridled utterances and the use of intemperate language across the various media outlets, especially by political activists, was an existential threat to the country’s democracy, adding that “the level of vitriol on comment threads on social media at times with tribal undertones is quite alarming”.

“Much as freedom of expression and pluralistic media is guaranteed and protected under the 1992 Constitution, it should not be lost on all of us that attached to such a right carries a corresponding and even a greater deal of responsibility and circumspection,” Mr Boafo cautioned.

He explained that there was general acceptance that freedom of speech was not absolute, and that protection of free speech did not extend to instances in which one's speech violated the legal interests and rights of other citizens and of society or the national interest or public order.

He noted that although the 1992 Constitution had dedicated the whole of Chapter Five to guarantee and protect the fundamental human rights of Ghanaians, including freedom of expression, there was a caveat or condition, thereby revealing that rights were bereft of absoluteness.