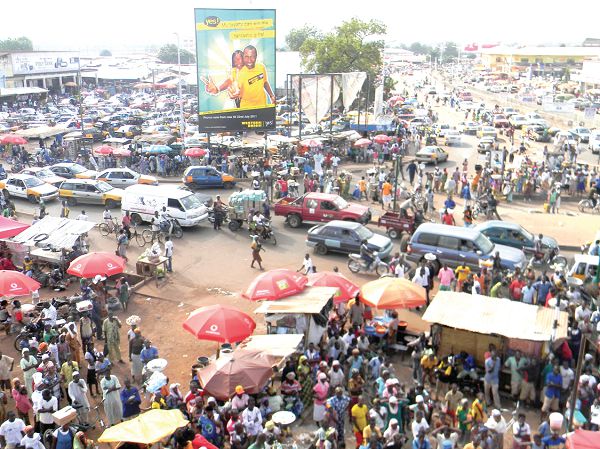 An aeriel view of the Central Business District of Tamale
30.5k Shares

According to him, a greater number of the residents of Tamale were flouting the President's safety protocols and the precautionary measures given by health experts to control the spread of the coronavirus disease (COVID-19) with impunity.

He said aside from that, the escape from quarantine by the Guinean woman who tested positive for the virus had also put the lives of the people in grave danger.

Mr Musah Superior, who made the appeal in an interview with the Daily Graphic, indicated that he had also discussed with the Regional Security Council (REGSEC) the need for the entire metropolis to be locked down as part of far-reaching measures to halt the spread of the COVID-19 pandemic.

"I will be happy if the President announces a lockdown of Tamale, since the COVID-19 has arrived in Tamale, with the metropolis recording 10 positive cases, and more especially one of them escaping from quarantine," he said.

He indicated that his recommendation to the President and the REGSEC to lock down Tamale was based on the complete disregard for the President's directives for social distancing and the ban on gathering for religious activities.

"We have been asked not to gather to pray in the mosques and hold church services, but some people have disregarded these safety protocols for their own good, while others continue to hold weddings and funerals, in disregard for the social distancing protocol," he lamented.

The Tamale MCE called on Tamale residents who were doing politics with the COVID-19 pandemic in the metropolis to desist from that, since it would exacerbate the already fragile situation and further push residents who were already vulnerable closer to contracting the virus.

He also called on residents not to patronise restaurants and shops that did not provide Veronica buckets on their premises for people to wash their hands with soap under running water before entering to eat and shop.

He said a taskforce formed by the Tamale Metropolitan Assembly (TaMA) to enforce the directives was doing its best to ensure safety, but it behoved all to adhere to the directives and the safety protocols to prevent the spread of the virus.

Mr Musah Superior further urged operators of tricycles, which are a major means of transportation in the metropolis, not to overload them, in the wake of the COVID-19 pandemic, and urged the public not to patronise tricycles that were overloaded to expose themselves to risk.

He announced that the assembly had launched an operation to clamp down on prostitution in the metropolis.