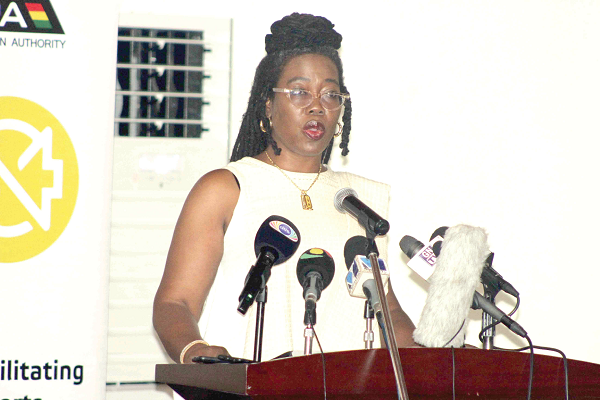 The four airlines are proposing to freight the produce at $3 per kilo on a direct flight (seven hours) to the buyer.

Exporters of Ghanaian horticultural produce, mostly fruits and vegetables, have been facing the risk of losing their buyers to competitors worldwide.

This follows the inability of the exporters to secure affordable and reliable air cargo services to freight their produce to buyers in Europe and other international markets.

The exporters explain that British Airways (BA), a seven-hour direct flight which used to lift their produce, has, since the COVID-19 pandemic, been focusing on passengers, not fresh produce.

KLM, which is the alternative, also carts the produce at a rate of $1.70 per kilo to the United Kingdom (UK) but delivers to the market between two and three days.

The exporters have expressed fear that if the absence of a dedicated airline continues, it could derail the country’s target of growing non-traditional export (NTE) proceeds from $2.8 billion in 2020 to $25.3 billion in 2029 under the National Export Development Strategy (NEDS).

Data sourced from the Plant Protection and Regulatory Services Directorate (PPRSD) show that the country exported fruits up to 186,001.36 tonnes in 2021 and vegetables up to 2.1 million tonnes in the same period.

The President of the Vegetable Producers and Exporters Association of Ghana (VEPEAG), Felix Kamassah, who has been part of the process to secure a dedicated carrier, told the Daily Graphic in Accra that if the situation was not resolved within the shortest possible time, exporters would lose their buyers to competitors.

He explained that exporters had been able to successfully develop and expand the market for fresh produce in Europe and other markets.

“But if we are not careful, the market we have secured may be lost to other competitors. We recently secured a contract to supply 2,000 boxes of fresh vegetables per week to a buyer in the UK, but we will not be able to do it because of the difficulties with carriers,” he said.

“We now rely on KLM to send our produce to the UK, and it takes two to three days to arrive. But it doesn’t make business sense because the produce is perishable.

“So we are appealing to the government, through the Ministry of Trade and Industry (MoTI), to intervene and help secure a dedicated cargo airline operator that can carry our produce,” Mr Kamassah said.

The VEPEAG President called on the government to intervene in the process with a deliberate proposal that could entice carriers to reduce their charges for the country’s fresh produce.

He added that securing a dedicated airline for fresh produce would encourage more exports, which would translate into job creation, have an impact on real gross domestic product (GDP) and address exchange rate challenges.

For her part, the Manager in charge of the Export Trade Department of the Ghana Export-Import Bank (EXIM Bank), Judith Aikins, supported the call for the provision of a dedicated airline for vegetable exports.

That, she said, was one of the key interventions to make the country’s agricultural exports a major contributor to the economy.

“The country also needs to ensure that there is a dedicated airline for vegetable producers, with moderate air freight costs to boost their profitability.

“It will not only boost the profitability of exporters but also support the country’s economy and help build a strong domestic currency,” Ms Aikins told the Daily Graphic at a forum in Accra.

The Director of Projects at GEPA, Alex Dadzawa, said the authority had taken steps to address the situation, expressing the hope that the issue would be resolved.

“We are now working with the Ghana Shippers Authority (GSA) and the MoTI to explore the possibility of getting a cargo aircraft for our fresh produce,” he said.

He indicated that that came with some conditions, such as the guarantee of enough produce for the airline to carry.

He said the price of aviation fuel had gone up and the airlines could not fly to Ghana only to realise there was not enough to fill up the space.

“During the height of the COVID-19, GEPA facilitated the process of a chartered flight to help lift fresh produce from Ghana to the international market, but that was short-lived because you needed volumes, which we did not have at that movement.

“And so we are helping stakeholders in the industry to build capacity and produce more for both the local and the international markets,” Mr Dadzawa added.

A Senior Officer in charge of Shipper Services and Trade Facilitation at the Kotoka International Airport (KIA) Branch of the GSA, Pamela Deh-Frimpong, said the increase in air freight rates was periodic, often driven by market dynamics, competition, volumes and loyalty.

However, she said the GSA was mandated to ensure that the airlines and shipping lines operating in the country did not price over industry standards.

She said the GSA was committed to pursuing its primary objective of protecting and promoting the interest of shippers (exporters and importers) in the country.

She urged exporters to properly package their produce in order for the produce to be accepted in the international market.