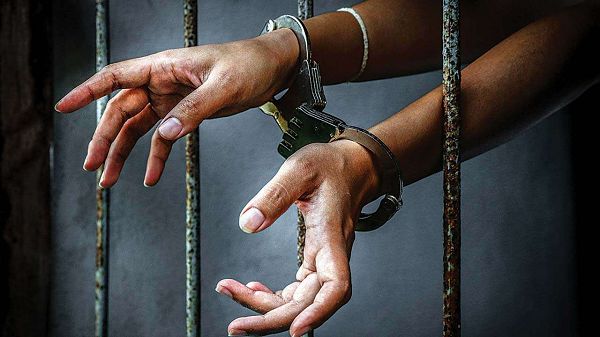 A 54-year-old tailor, who allegedly had sex with his 15-year-old step-daughter and impregnated her at Adabraka in Accra, has appeared before an Accra Circuit Court.

Seth Kwesi Asare, who is an ex-convict, is being held for defilement.

Police said investigations revealed that Asare had previously been jailed on a similar offence.

In the presence of his lawyer, in court, Asare denied the charge of defilement and placed on bail in the sum of GH₵60,000 with three sureties, two to be justified with landed property.

The Court, presided over by Mrs Christiana Cann, ordered that the title deed of the landed property should be deposited at the registry pending the final determination of the case.

It also ordered for a DNA test to be conducted to ascertain the father of the unborn baby, following a request by defence counsel, Jerry Avernorgbor.

Detective Sergeant Opoku Aniagyei, the Prosecutor, said the complainant was the victim's 30 year-old-sister.

He said Asare is the step-father of the victim and he resided at Adabraka with the victim, her mother, and victim's sister-in-law.

Prosecution said on May 17, this year, while the victim was sleeping, she felt something heavy on her only to wake to realise Asare was having sex with her.

Prosecution said the victim tried to free herself but Asare held her hard on the mattress.

He said on May 21, this year, the complainant visited her mother at Adabraka and the victim informed her (complainant) that she wanted to spend some time with her.

When they got to the complainant's house the victim fell sick and later found to be pregnant after tests were conducted.

Prosecution said a report was made to the Domestic Violence and Victims Support Unit (DOVVSU) in Accra and the complainant was given a police medical form to seek medical care.

Asare was picked up by the police and during investigations, it came out that he was an ex-convict and he had been jailed over similar offence.