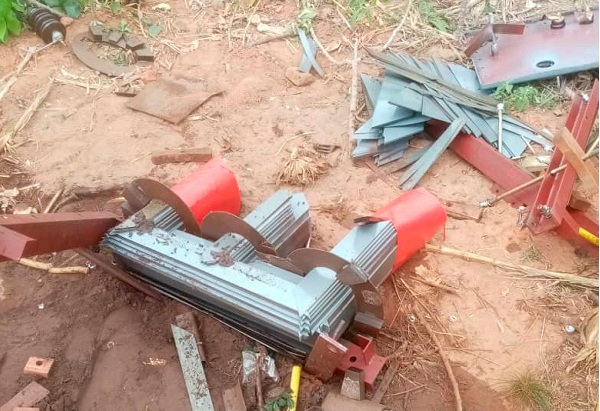 Thieves have made away with parts of a new transformer installed by the Electricity Company of Ghana (ECG) to serve residents of Dunyo, a suburb of the Ga West Municipal Assembly in the Greater Accra Region.

To address complaints of frequent low voltage and power fluctuation during peak hours of the day, the 200KVA pole-mounted transformer was installed to relieve the existing overloaded transformer which serves residents of the Dunyo community.

The Accra West Regional Engineer of the ECG, Emmanuel Ankrah, told the press that after mounting the transformer unit, the ECG needed to conduct some pre-commissioning tests before connecting to the grid.

“Before we could complete the tests, some thieves, under the cover of darkness, dropped the transformer from the poles, vandalised it and stole the copper windings in the transformer,” he said.

Ankrah bemoaned the theft and pleaded with the public to report anyone who tampered with any of ECG’s installations.

According to him, the company had reported the incident to the Pokuase police.