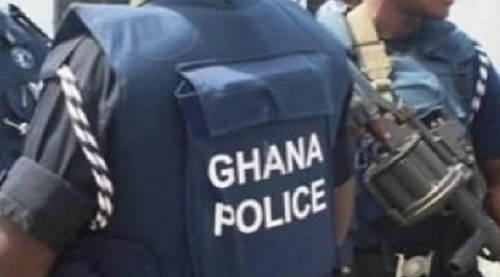 Two family members of a 10-year-old boy who was found hanging on a noose at Atonsu S-Line in Kumasi have been picked up by the police at Asokwa in the Ashanti Region to assist in the investigation sorrounding the boy’s death.

Paul Okyere Boateng was found in his room last Saturday with his neck in a noose tied to a ceiling fan in their house in the Asokwa Municipality in the Ashanti Region.

The police has since begun investigations into the matter to unravel the circumstances sorrounding the boy's death.

One of the suspects has been identified as Yaw Akuoko Sarpong, the 33-year-old brother of the deceased, who reported the matter to the Asokwa police a day after the incident happened.

The Assistant Public Relations Officer of the Ashanti Regional Police Command, Assistant Superintendent of Police (ASP) Godwin Ahianyo, had earlier told the Daily Graphic that one Yaw Akuoko Sarpong, 33, an elder brother of the deceased, went to the police station on Monday, August 9, 2021, to lodge a complaint about his brother’s death.

He said the complainant informed the police that on his return from work around 3 p.m. that day, he found the lifeless body of his brother hanging on a rope tied to a ceiling fan in one of the rooms in their house at Atonsu S-Line.

ASP Ahianyo appealed to residents, who might have any information surrounding the death of the boy, to relay it to the police to help in their investigations.

The Assembly Member of the area, Mr Owusu Brempong, who was with the police when they first went to see the boy’s body, told a local radio station: "We suspect foul play in the death of the boy. When we went into the room that day with the police, there was nothing that showed that, indeed, the boy committed suicide".