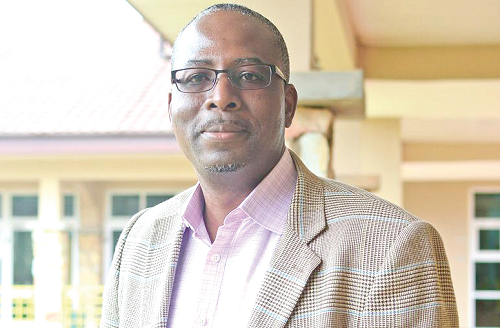 Academic City University College will introduce a degree programme in Artificial Intelligence (AI) to enhance technology and innovation education in the country.

With this, the university will become the first in Africa to offer a degree in such programme.

The programme, which is expected to commence in September this year, forms part of the university’s short-term effort to develop a cadence of new programmes that will push the boundaries of knowledge while establishing a foothold for successful graduates in the jobs of the future.

Speaking on the new programme, the President of the school, Prof. Fred McBagonluri, indicated that with the current advancements of automation and robotics, it was expected that AI was going to transform the global economy in an exponential manner.

Industry experts, he said, was estimating that by 2030, AI could be contributing nearly $16 trillion to the global economy.

However, he said, the emergence of new technologies was anticipated to cease many existing job opportunities while creating new jobs.

To leverage the new opportunities, Prof. McBagonluri said, there was a need for preparation, as well as learning and developing new skills, for those new jobs.

He said it was in that regard that Academic City was taking the AI agenda into the forefront, nurturing and empowering the African student to lead the continent into the new AI era.

The President of the university explained further that the Bachelor of Science in Artificial Intelligence (AI) sought to equip graduates with knowledge in emerging advances in computational, decision-making sciences and technologies that allowed computers and machines to function in an intelligent manner, both in accurate prediction of events and outcomes and in decision-making.

The university recently introduced BSc. in Biomedical Engineering and BSc. in Robotics Engineering.

“In this programme, we will explore the ethical dimensions of AI, its strategic impact, as well as the core programmes and adjacencies such as robotics, informatics, and data analytics.

“By this approach, we intend to create a versatile graduate conversant in a broad area of robotics, AI, informatics while poised also for research in the rapidly evolving fields of AI,” he added.

According to him, AI held great promise for Ghanaian and African workforce of the future, saying many opportunities for its application abounded in healthcare, education, transportation, governance, finance, marketing, journalism, among others.

Prof. McBagonluri indicated that future industrialisation efforts across the spectrum of key strategic areas such as manufacturing, agriculture, education, healthcare, among others, were pivoted around robotics.