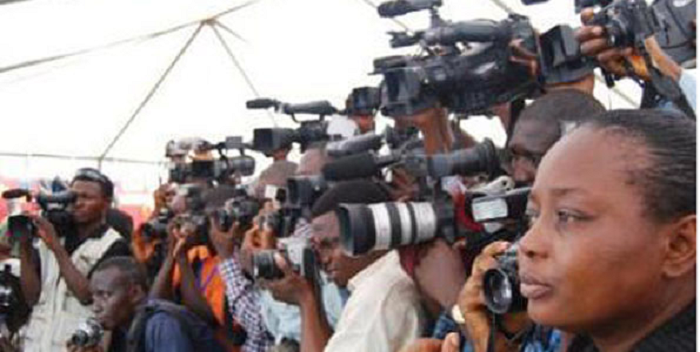 Two civil society organisations (CSOs) have called for the de-politicisation of the recent allegations of corruption being investigated by the Economic and Organised Crime Office (EOCO).

SEND Ghana and the Integrated Social Development Centre (ISODEC) said the EOCO should be allowed to complete whatever investigation it was conducting, emphasising that such investigations needed to be done and completed quickly.

The two were reacting to recent revelations that acts of financial malfeasance occurred at the National Communications Authority (NCA) and the Venture Capital Trust Fund (VCTF).

The Country Director of SEND Ghana, Mr George Osei Bimpeh, said there was no point for anyone to rush and put out things in the media when EOCO was still working on those cases.

“We should not be rushing to the media if EOCO has not finished investigations. If it becomes a political turf game, then people can begin to just talk about political witch-hunting just to play on our emotions that the proper crime is covered,” he said.

Mr Bimpeh said dealing with corruption-related issues should not just be about recovering stolen monies but should be viewed in the broader interest of the nation. Doing that, he said, should include costing the impact of those actions on the nation and the setback to development to help ensure that the culprits are dealt with according to the law.

“It is good that we get people to refund every pesewa and beyond that to serve as a deterrent to public office holders. We must punish and make it extremely expensive for people to get corrupt through long-term jail sentences and if they have used such monies to acquire properties, we should confiscate their assets,” he said.

He said investments that were needed to run the social sector were not encouraging due to inadequate revenue.

“So if you have a situation where individuals entrusted with resources are not truthful, then its implication is dire on the ordinary citizen; they will be denied services due them because of the unavailability of resources,” he said.

What has gone wrong?

Mr Shang-Quartey said although there existed laws and systems to ensure there were consequences for flouting the financial administration laws, there was lack of leadership in bringing about some of these consequences.

He said small sanctions meted out to corrupt people made it easier for others to engage in the practice and thus called for stiffer punishments for those found culpable.

“There is a huge incentive for people to engage in corrupt acts. The work of the Public Accounts Committee (PAC) is an improvement and gives at least a bit of transparency in happenings in the Civil and Public Service.

“We should take it a notch higher by looking at how the consequences can be brought to bear on those cited,” he added.

Mr Bimpeh said it was about time institutions of state such as the EOCO were insulated from state and political control so that they would be able to do their work, independent of any political authority that is in power at any point in time.

“It becomes problematic for these issues to come up only when there is a change of government. Going forward, we should think of weaning such anti-corruption institutions off government control so they will be seen as working,” he said.