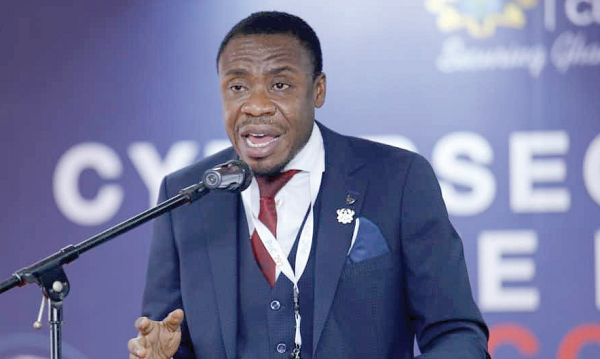 The Risk Communication and Community Engagement Team of the National COVID-19 Response has dismissed the assertion that the coronavirus disease (COVID-19) vaccines cause infertility, sicknesses and death.

The team has, therefore, reassured the public that the country has undertaken all due diligence regarding the safety and efficacy of the vaccines and appealed to all to take advantage of the opportunity to reduce their vulnerability to the disease when given the chance to take the vaccine.

Speaking to the Daily Graphic, in Accra last Saturday, the Leader of the team, Dr Dacosta Aboagye, said there was absolutely nothing to fear about the vaccines.

The government has currently settled on two vaccines — Covishield (AstraZeneca vaccine by THE Serum Institute of India) and Sputnik V from Russia.

Dr Aboagye’s words of encouragement were premised on the public’s mixed reaction and anxiety about the government’s announcement of the arrival of an initial 600,000 doses of the vaccines.

There have also been rumours about serious side effects of the vaccines, such as causing death, infertility, and people testing positive for HIV after being vaccinated.

But, the Ghana Health Service (GHS), the Food and Drugs Authority (FDA) and expert immunologists have described the rumours as myths that ought to be disregarded.

The FDA, which approved the vaccines for use locally, said it had followed administration of the vaccines globally and could testify that there were no associated side effects or public health concerns.

It said chills and fever were usually associated with vaccinations but went away in a couple of days just as they occurred with many other medications.

Dr Aboagye, who is also the Director in charge of Health Promotion at the GHS, said safety and risk assessments conducted on the vaccines did not show any such side effects and described all the anti-vaccine rumours as myths that had to be disregarded.

He said there was no cause for alarm since the government was committed to ensuring that no single life was affected in the exercise. He stressed that receiving the vaccine was in the public interest and the health of the individual.

He said assertions on social media that the COVID-19 vaccines could affect female and male fertility were baseless and unscientific.

“Rumours stemming from unsubstantiated reports claiming that some people abroad who received the vaccines have had side effects that have rendered men impotent or reduced their virility must be ignored. Infertility is not the only gossip about the vaccine, people also believe the vaccines are meant to depopulate Africa,” he said.

Dr Aboagye debunked the claims and called on Africans, especially Ghanaians, to receive the vaccine for their protection and prevention of the deadly virus.

Throwing more light on how the vaccines work, Dr Aboagye said when one was injected with the vaccine; it sent a message to the body with a blueprint that allowed it to produce a small, harmless fragment of the coronavirus's distinctive "spike".

That, he said, prompted the immune system to kick into action to produce antibodies and white blood cells to fight off the virus, as well as recognise it if it was encountered again.

“Vaccines don’t give you the virus and it has no way of affecting your genetic information. The messenger particles are extremely short-lived because they are destroyed immediately they deliver their message and it is the reasons why the vaccines are to be stored so carefully.

Dr Aboagye said a special education and community engagement campaign which included major stakeholders was begun last week to set people’s mind at rest and to encourage them to take the vaccine.

He said public education would be intensified to coincide with the period of vaccination, adding that public education materials such as leaflets, pull-ups, jingles in English and other local languages had been developed for dissemination.

Media engagements on the COVID-19 vaccines organised by the Ministry of Information would continue as another platform to explain the benefits of vaccines to the public and to address myths and misconceptions.

An Immunologist and Research Fellow with the West Africa Centre for Cell Biology of Infectious Pathogens at the University of Ghana, Dr Yaw Bediako, said vaccines were a safe and effective way of protecting people against harmful diseases even before they came into contact with them.

He said vaccines use the body’s natural defences to build resistance to specific infections and made the immune system stronger.

Dr Bediako said in the quest to boost their immunity against COVID-19, people were taking all manner of concoctions and were self-medicating using a number of medications.

However, he said, vaccines were the most effective immune boosters and, as such, encouraged the public to take advantage of the national vaccination programme.