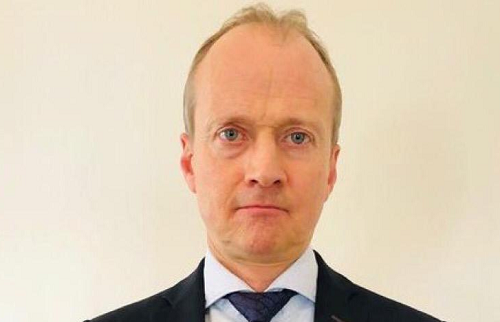 The Swedish Ambassador to Ghana, Mr Carl-Michael Grans, has expressed regret about the lives of young girls and boys being raised in conflict settings within sub-Saharan Africa.

“In view of the recent situation in Sudan and the conflict-ridden Horn of Africa, I can only imagine the plight ahead for many boys and girls in the region,” Mr Grans said at a symposium in Accra to create awareness of the difficulties faced by children in conflict regions in sub-Saharan Africa.

The symposium, Mr Grans pointed out, gave participants an opportunity to have joint and open discussions and exchange ideas on how to make a difference with the advancement of the Children in Armed Conflicts Agenda and to raise the voices and views of children and youth.

It comes in the wake of a recent research by the Kofi Annan International Peacekeeping Training Centre (KAIPTC) in Burkina Faso, Cameroun, Democratic Republic of Congo and Nigeria, which detailed the continued engagement of children in armed conflicts in the region.

The programme, organised by the Women, Peace and Security Institute (WPSI) of the KAIPTC, in partnership with the Save the Children International, an international child rights organisation, was dubbed: “Accelerating the Implementation of Children and Armed Conflict Agenda in sub-Saharan Africa: A Call to Action”.

About 30 participants from national human rights institutions and continental bodies — including the African Committee of Experts on the Rights and Welfare of the Child (ACERWC) — attended the programme.

Mr Grans, however, expressed joy that the programme had expanded its scope to cover child protection in a humanitarian context by training troops from contributing countries along with the effort to integrate child protection within the African Union peace and security architecture.

“It is my hope that the programme will result in practical key recommendations for both policymakers and practitioners on how to take action to ensure youth participation, the protection of girls and boys and how we can all continue to work stronger together,” Mr Grans said.

The Coordinator of the Protecting Children in Conflict Programme of Save the Children, Ms Fiona Otieno, expressed regret that the lives of many children in conflict zones were being shaped by experiences of abduction, military recruitments, killing, maiming and other forms of child exploitation.

The disproportionate balance between the existence of international norms and laws designed to protect children in conflict, vis-a-vis the steep increase in the number of children affected by armed conflict, ought not to be ignored, she stressed.

Ms Otieno noted that while it might be impossible to stop conflicts on the continent, there ought to be a framework that acknowledged the conscious actions and processes to protect young people from armed conflict and insecurity while promoting and supporting their contributions towards peace efforts.

“Today, as we sit here, six out of 10 worst countries for children in conflict are hosted on the African continent,” she lamented.

Save the Children, she said, would continue working to help children in conflict zones across the continent, stressing, however, that the causes and impact of the violations could not be addressed by aid agencies alone without countries making the necessary commitments.

The Deputy Commandant of the KAIPTC, Air Commodore George Arko-Dadzie, lamented that parties to conflicts continued to disregard the international rules and codes of conduct that existed to protect children in conflict situations.

That, he said, had had the consequence of disproportionately aggravating the lives of children on the continent.

“I urge all relevant actors and policy makers to continue to work in synergy to end all impunity perpetrated against children in armed conflicts and ensure the respect of their fundamental human rights,” Air Commodore Dadzie said.