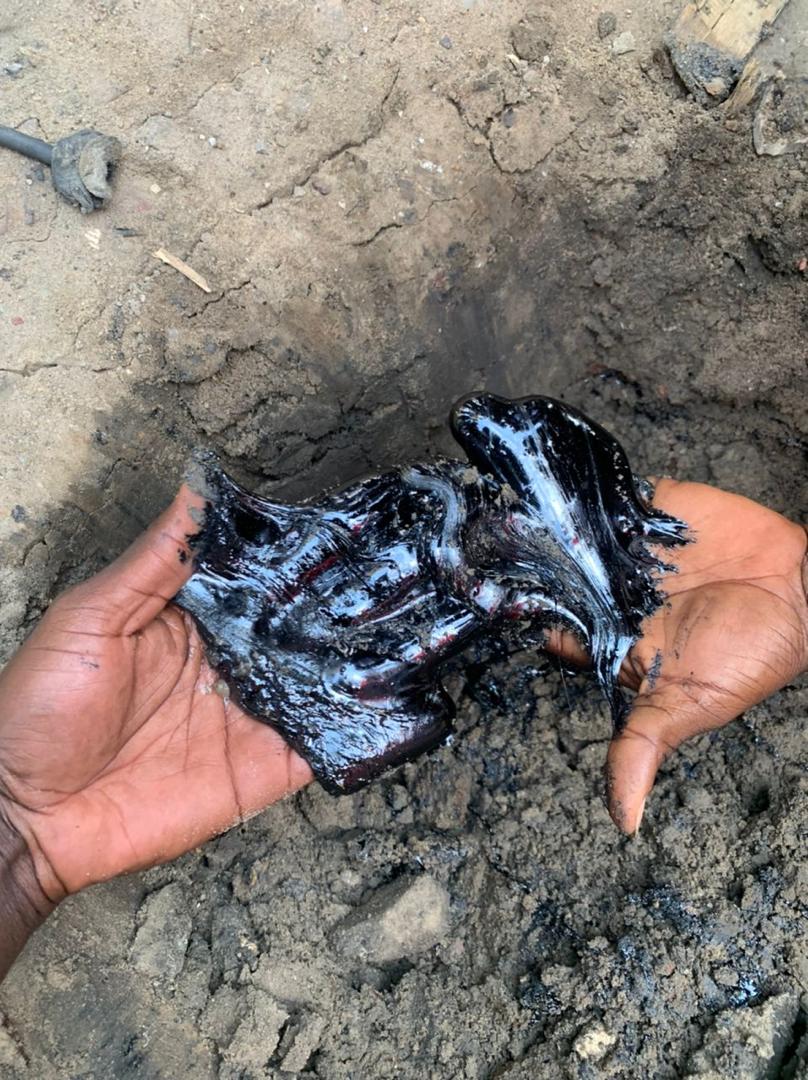 Thick black fluid seeping from the ground in Apremdo, in the Sekondi Takoradi Metropolis, has sparked calls from the chiefs and people of the community for the government to investigate and certify whether it is crude oil.

Officials of the upstream petroleum regulator, the Petroleum Commission, and other agencies have visited the scene and taken samples
for analysis since the black substance started oozing out last Sunday.

Such seepages are important in exploration activities to confirm petroleum reservoir because it could indicate the presence of hydrocarbon.

The Divisional Chief of Apremdo, Nana Egya Kwamena X1,appealed to the sector ministry and the industry regulator to finish the analysis as
a matter of urgency to determine exactly what is underground. 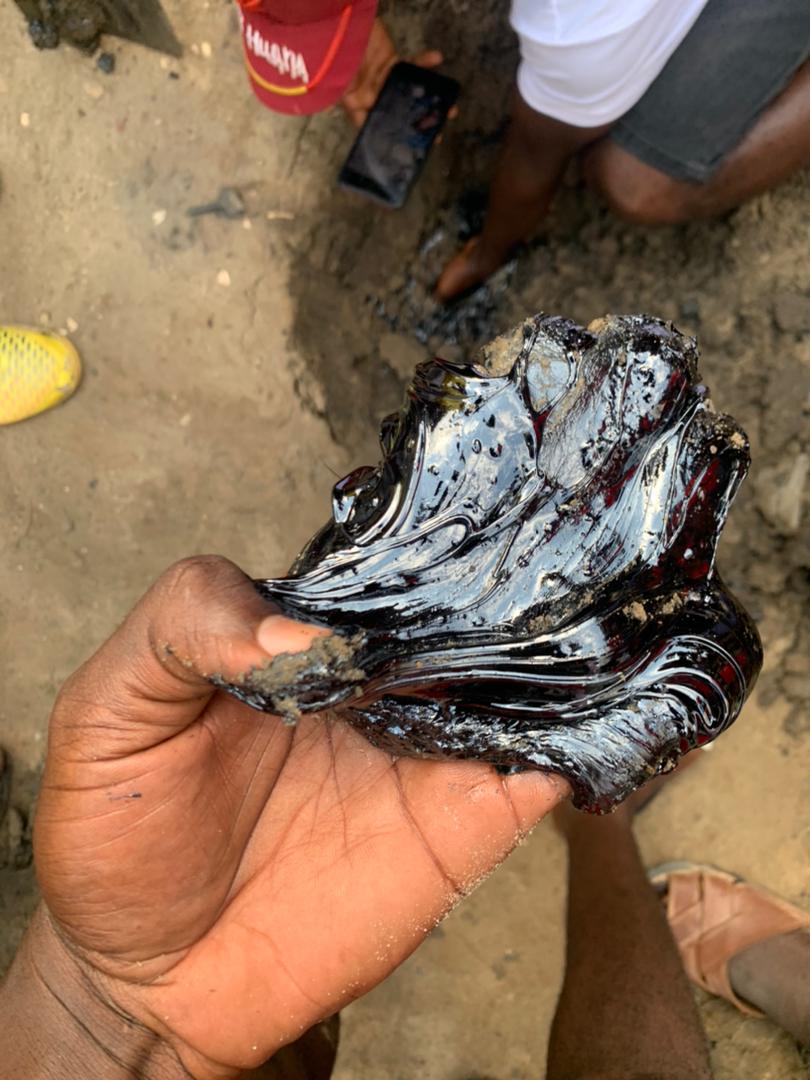 Last Sunday, the community witnessed a gush of the substance in the middle of the town.

It started with smoke and a gaseous black substance flowing with a low pressure, leaving the entire area smelling of a petroleum-like product.

Many of the residents who thronged the place to catch a glimpse said they had never seen anything like that.

Oil seeps generally occur above either terrestrial or petroleum accumulation structures when they escape along geological layers, or across them through fractures and cracks in the rock, or directly from an outcrop of oil-bearing rocks.

The Divisional Chief sald even though he was aware that the country had Accra-Keta, Saltpond and Tano basins, and that the Apremdo community was close to the Tano: basin, the people could only wait anxiously for the experts to conclude their analysis.

“We have since reported it, and we want the industry regulators to, as a matter of urgency, move in to take samples for analysis and also help to
cordon off the area to ensure that people do not mass up at the location," Nana Kwamena said.

He said the ground around the area of the "mysterious discovery appeared softer than other areas.

"We want a quick unravelling because the area is in the middle of the heavily populated town, he added.

The Head of the Petroleum Commission, Alfred Ayeh, confirmed the occurrence and said the team had visited and collected samples after the chief reported the situation to the m commission.

The University of Mines and Technology (UMaT) Tarkwa, the Environmental Protection Agency and the Tema Oil Refinery have also collected
samples.

From the expert views, petroleum seeps are quite common in many areas of the world, and have been exploited by mankind since Paleolithic times.

Like the situation in Apremdo, the natural products associated with these seeps include bitumen, pitch, asphalt and tar.

As a result, there is the need to ensure that the relevant stakeholders move in to study the situation and contain it.

The occurrence of surface petroleum, experts say, is often included in location names that develop.

These locations are also associated with early oil and gas exploitation, as well as scientific and technological developments, which have
grown into the petroleum industry.