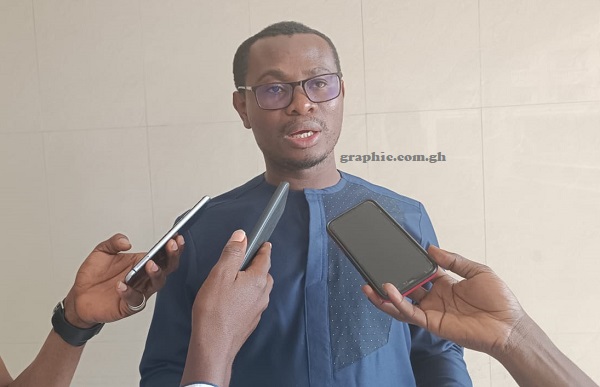 The Alliance of Civil Society Organisations (CSOs) working on Extractives, Anti-Corruption, and Good Governance have urged the Ministry of Energy to abandon plans to relocate the AMERI Plant from Aboadze in the Western Region to Kumasi in the Ashanti Region.

According to the group which is comprised of 14 CSOs, the proposed relocation and its "attendant unnecessary cost additions" must be shelved and replaced with other cost-efficient measures such as retooling National Interconnected Transmission Systems (NITS) and a competitive bidding process.

"We maintain that the Minister should consider other options which we believe are far optimal option than the attempts to relocate plants and its attendant unnecessary cost additions. For instance, retooling National Interconnected Transmission Systems (NITS)," the Acting Executive Director of the Centre for Extractives and Development Africa, Mr Samuel Bekoe said in a joint statement read on behalf of the Alliance.

"Cabinet and Parliament should assume critical responsibility for the efficient planning of the sector as these decisions among others have contributed to the current economic difficulties being faced today".

On the Energy Ministry's decision to sole source the contract on the relocation of the AMERI plant, the Alliance alleged that the move was not based on any of the exceptional justifications provided by the Public Procurement Authority Act. It further argued for a competitive tendering approach which it said would yield optimum results and cost.

"The communications from the Ministry of Energy to parliament on two occasions (15th June 2022 and 1st July 2022) indicate that the justification for sole sourcing the EPC contract to Mytilineos SA was that the company had managed the plant on behalf of Ameri for six years and were the right people to be engaged," Mr Bekoe said.

"However, this does not necessarily mean that Ghana has to contract Mytilineos or that they are the only company that is able to do the relocation of the plant."

Mr Bekoe also stated that the cost quoted for the scope of work involved in the relocation was $25.48 million. However, the Alliance claims that the Ministry's communications to both Parliament and the Volta River Authority indicated a contract cost of $35.6 million.

"The proposal from Mytilineos indicated that the contractor would be responsible for the Engineering, Procurement, and Construction works, including the balance of plant associated with the relocation, installation, and commissioning of the Ameri plant. The cost quoted for this scope of work was $25.48 million. However, the Ministry's communications to both Parliament and VRA indicate a contract cost of $35.6 million, raising questions about what accounts for the increase in the proposed amount by 40 percent," Mr Bekoe said.

"The Ministry responds that VRA's employer's requirement occasioned the additional cost of $10.12 million for a Water Supply and Continuous Emissions Monitoring System, which expands the scope of the EPC contract. This response assumes that these additional requirements are not part of the balance of plant indicated by Mytilineos, which we find quite confusing. More importantly, water supply components and the Continuous Emissions Monitoring System are not expensive components (would not exceed $1million) of the balance of plant, which requires clarity from the Ministry on the total cost breakdown of the EPC contract for relocating the plant".