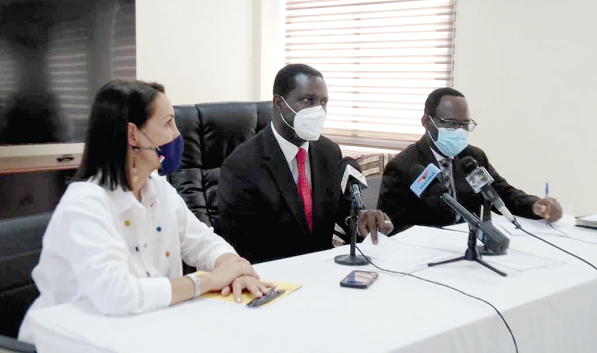 The Ministry of Education and the French Embassy in Ghana have signed a Memorandum of Understanding (MoU) to reinforce the teaching of the French language in the country.

The MoU, known as the Project of Reinforcement of French language and Francophonie in Ghana (PROFF), covers a period of two years, 2021 and 2022.

The project is part of the global action of France in Ghana in the domain of education, mostly through multilateral actions and a continuation of the previous one for the promotion of French in the country with the total budget of 586,000 euros for the two years of the project.

The French Ambassador to Ghana, Mrs Anne Sophie Ave, and the Chief Director of the Ministry of Education, Mr Benjamin Kwasi Gyasi, signed for their respective institutions.

Mrs Ave said in the framework, many major activities had been put in place, including the drafting of a French-as-a-foreign language textbook for basic schools and the reinforcement of the initial training of future French teachers.

Additionally, Mrs Ave announced that the embassy was instituting a semester abroad in France for eight best students from the colleges of education in the country.

The ambassador said the PARFEP was a beautiful example of the successful cooperation between the embassy and the ministry, including the national coordination of the Centres for the Teaching of French (CREF).

“At the end of the week, the teams, composed of French teachers from universities and radio representatives, had created pilot programmes in French,” she said, adding that the project was a great step towards the strengthening of the presence of the French language on Ghanaian radios.

Mrs Ave was hopeful that by the end of the project, the presence of la Francophonie in Ghana would be reinforced, initial and continuous education would be strengthened and innovative projects led by the Ghanaian government would be supported.

“In January 2022, Ghana will receive 21 teacher-trainers as part of the programme of mobility of French teachers of the OIF,” she said, stressing that with the signing of the MoU, a call for application would be published to recruit teachers coming from the whole Francophone world.

Responding, the Minister of Education, Dr Yaw Osei Adutwum, said the French government was a long-standing donor partner, describing the project as “special in its kind since it reaffirms our commitment to reinforcing the Francophone environment in the country”.

He said the President’s vision was to transform Ghana into a bilingual country where English and French would be in perfect cohabitation with the local languages.

“In 2018, we started a bilingual school programme with five classes in the Greater Accra Region. This year, we have opened 45 additional classes,” Dr Adutwum said, adding that each class had been equipped with a desktop computer, a projector and other teaching and learning resources.

The minister said so far, 50 bilingual teachers had been trained in bilingual pedagogy and the use of Information and Communications Technology (ICT) equipment and efforts were underway to further resource those schools.

“Our ultimate goal is to establish a model bilingual school in Ghana with a fully equipped language laboratory, a library and qualified teaching staff,” Dr Adutwum stated.