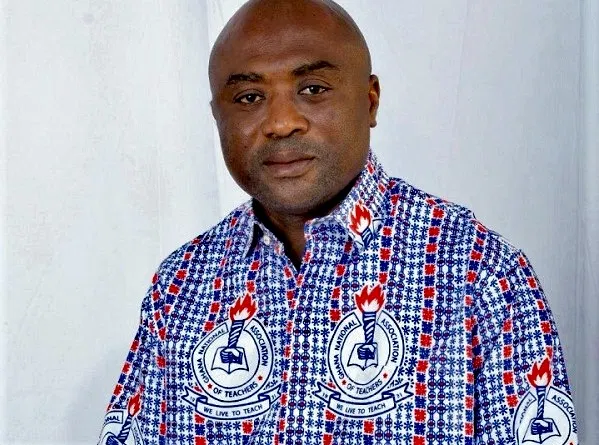 The Ghana National Association of Teachers (GNAT) has welcomed a decision by the Ghana Education Service (GES) to continue with the double-track system for first-year students in some category ‘A’ and ‘B’ senior high schools (SHSs) in the country.

According to the association, the decision taken by the GES “is a step in the right direction” as it would ensure social distancing in schools.

In an interview with the Daily Graphic, the General-Secretary of GNAT, Mr Thomas Tanko Musah, described the double-track system as “a necessary evil,” adding that it was the right option particularly for category ‘A’ schools whose admission rates exceeded available vacancies.

“In the interest of quality education, we don’t have any problem with it. We have over 700 SHSs. The challenge is that the endowed schools are about 55 and those are the schools that everybody wants to attend.

“I think that the double track is a good arrangement because instead of giving only selected few people the opportunity to attend particular schools of their choice, more vacancies are created for students, which is in the national interest,” he added.

The GES has taken a decision to continue the double-track system for first-year students in more than 100 category ‘A' and ‘B' SHSs.

The decision was informed by the second wave of COVID-19, re-emphasising adherence to social distancing protocols in schools.

The government earlier this year announced an end to the double-track system for first and third-year students, attributing the decision to improved infrastructure facilities in schools.

Mr Musah commended the government for embarking on infrastructure expansion projects in SHSs across the country.

He, however, observed that the struggle for admission to category ‘A’ schools may persist in the absence of a robust plan to resource other schools across the country to become attractive.

“As a nation, we need to have a plan that would ensure that we select at least one SHS in each of the 16 regions, nurture and grow them to become centres of excellence,” Mr Musah further suggested.

He also appealed to the National Food Buffer Stock Company to supply the required quantity of food and other essentials to schools on time to avoid inconveniences, while entreating the government to release money on schedule to ensure effective running of the schools.

According to a calendar released by the GES in a statement, first semester for single-track schools which started on March 18, will end on June 25, 2021, while the second semester begins from September 15 to December 18, 2021.

First-year students assigned to the Green Track began their first semester began on March 18, and will end on June 25, 2021, while the second semester begins on September 1 to December 18, 2021.