Conversion of polytechnics to technical universities: 7 years on... so far so good, but... 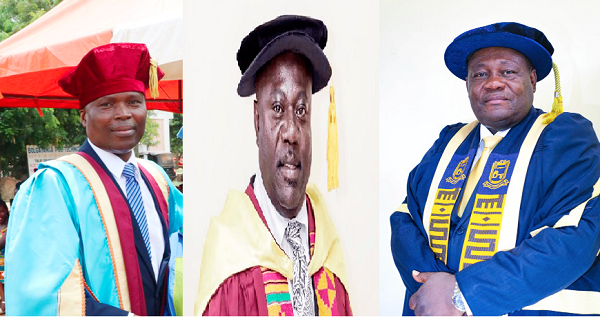 In 2016, the government announced the conversion of all polytechnics in the country to technical universities in order to deal with challenges facing technical education in the country.

The conversion also served as a blueprint to address academic progression as most graduates of polytechnics after their Higher National Diploma (HND) went back to the traditional universities to pursue top-up programmes in order to obtain bachelor degrees.

However, the conversion was met with anxiety and fears that the change of polytechnics to technical universities might not yield the desired outcome.

The vice chancellors (VC) of three of the technical universities spoke highly of the conversion, describing the decision as a step in a good direction.

When contacted, Prof. Eshun commended the decision, stressing that it was a step in the right direction.

“It’s been good so far, the government has done a lot, in terms of retooling the technical universities of which TTU is a beneficiary. Now the onus is on us to make it work, do our best and drive the government agenda,” he said.
Prof. Eshun noted that due to the transition, some adjustments had been made to the already existing courses in the university.

“We currently have degree and master’s programmes which we will roll out in the next academic year,” he said.
Though they were converted just two years ago, Prof. Alnaa said the journey so far had been good.

“The journey has been good, we had to quickly put together new university structures such as the university council.
It is a good step, we are now a fully fledged university which means we can collaborate with international partners. So, the step is a good one, it can only get better," he said.

For his part, Prof. Nii Odai also reiterated the fact that the decision for the transition was spot on.

“I’ll say it was a very good decision because all the developed countries we see, that we aspire to be like, have these things. The transition is fantastic because it gives opportunity to students who did not want to be here to desire to be here now,” he said.

Subsequently, Prof Nii. Odai noted that the conversion to technical universities has added some prestige to the institutions.

“Awarding degrees, adds prestige to schools and students have access to hands-on experience,” he said.

“Gradually, we are moving on to doctorate. Becoming a technical university also opened the door for those who did Higher National Diplomas (HND) and would want to go for higher degrees. Now they know that, there’s an opportunity to climb in the same area for technical education,” he stated.

The conversion has not only affected courses of institutions but the number of students in-take as well.

The TTU for instance, Prof. Eshun said, due to the change, “the number of students entries has increased”.

“We are churning out students who are now employable because they have the opportunity of combining practical work with theory,” he said.

However, the story from the BTU, is different but Prof Alnaa, stated that, all hope was not lost.

“A lot of people don’t know that we have been converted and so, we are engaging in a lot of marketing activities in the region and its environs.
“This is to create awareness that there is a university at their doorstep,” he said.

Nonetheless, Prof. Alnaa, noted that the BTU had some challenges to surmount.

“So basically, it is an infrastructure issue, our lecturers don’t have offices, lecture halls among others.
Additionally, we are financially handicapped; we need funds to purchase equipment, furniture for the offices, and some books for the library, and then most importantly ICT. To be able to get reliable Internet resources is most challenging,” he said.

Prof. Alnaa also noted that a lot of people were grappling with the fact that BTU was now a technical university.

“Others were converted before us and so it has become difficult convincing people that we are also technical universities and so we need to go out and undo all these,” he said.

He stated that the school was engaged in aggressive advertisement to help change the narrative.

Prof. Nii Odai, for his part, also stated that the challenges the ATU was facing were infrastructural development, equipment and human resources.

Nonetheless he acknowledged that it would take time for the government to fix all the challenges since his school was not the only institution in need of a facelift.

Prof Nii. Odai, however, asserted that the government had received equipment especially in the area of mechanical engineering and electrical engineering.

“Engineering comes in with the highest demand for heavy expensive equipment. The government has taken a big chunk so we have to make do with what we have and also grow along,” he said.

Additionally, he stated that ATU was putting up a five-story auditorium and lecture theatre which he believes would resolve a lot of issues when it comes to lectures.