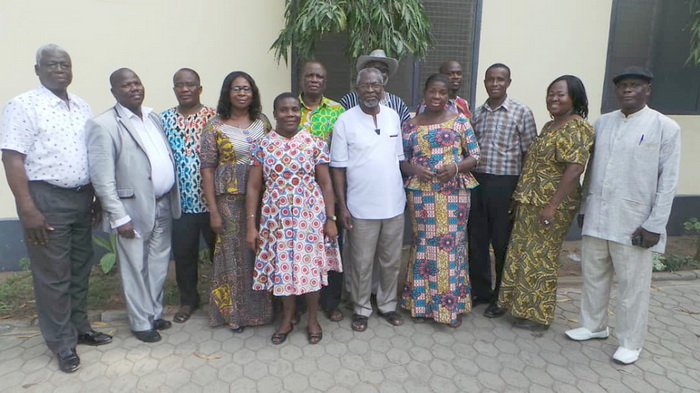 Members of the Board after the inaugural meeting
30.5k Shares

A crucial decision by the late Awomefia of the Anlo Traditional Area, Torgbui Adeladza II, and a group of Anloga citizens to fill the vacuum created by the relocation of the “New African University College (ZICO) from Anloga to Vui, near Keta, remains the epic step that promoted education in the Volta Region, especially in the Anlo state.

That decision 60 years ago gave birth to the Anlo Senior High School (ANSECO) which has produced many leaders for the Anlo state, the country and the international community.

To recount the milestones of the school since that groundbreaking effort and reshape its next chapter, the Board of Governors, old students, headmaster, staff, students and indeed all stakeholders of ANSECO are set to initiate a year-long celebration of the 60th anniversary of the school.

Guests
The Chairman of the Board of ANSECO, Mr Jimmy Kpeglo, told a section of the media in Accra that the school would launch its 60th anniversary on Saturday, September 22, 2018 at the GNAT Hall in Accra.

According to him, the anniversary, which would be on the theme: “Rebranding ANSECO to meet the challenges of a dynamic society,” would have Dr Wisdom Yevudza delivering the keynote address, while the Vice-Chairman of Vanguard Assurance Company Ltd, Dr Gideon Amenyedor, an old student, would chair the launch.

He called on all past students to “come on board to make it a historic celebration because 60 years in one’s life is no mean achievement.”

Facts sheet
ANSECO is a co-educational institute located at Avume, Anloga and was founded on April 10, 1959.

The school currently has a population of 2,700 students.