Will our properties be shared equally during divorce? 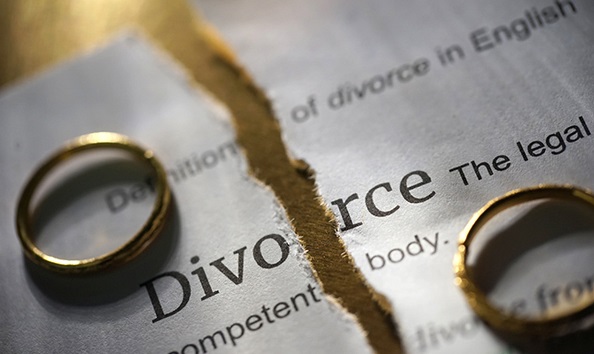 Dear Mirror Lawyer, When my husband and I got married, we pooled our resources with the aim of acquiring properties jointly. Unfortunately, we have had quite a tumultuous marriage and decided recently to bring it to an end.

I understand that in Ghana, the courts divide the property acquired during marriage in two equal shares upon divorce.
My problem with this is that during our marriage, I acquired a plot of land by myself to build a house for my mother and I am now worried that the court may take this land and split it between my husband and I during the divorce. Please advise me on what to do.
Amorkor, Tema.

Dear Amorkor, The law on spousal property in Ghana is one that has evolved over the years. In the past, when most women did not work outside the home, the position of the courts was that the wife was there to support the man and maintain his status in life but this did not make her a joint owner of the properties.

The courts, therefore, stated that property acquired by the man remained his sole property upon divorce regardless of whether the woman helped him acquire that property.

Clearly, this position of the law resulted in hardships, thereby causing the courts to shift to a new position in subsequent cases. The new position taken by the court was known as the principle of substantial contribution.

In applying that position, the courts required the party laying a claim to the spousal property to show the extent or proportion of his or her contribution to the acquisition of the property in order for it to be considered as joint property to be shared between the parties. The courts were ,however, careful to state that failure of a spouse to prove the precise extent of their contribution was not a barrier to the claim for joint ownership.

The courts departed from this principle by developing the equality is equity principle in the case of Mensah v Mensah [1998-99] SCGLR 350.
The court stated that in the event of a divorce between parties, the property acquired jointly by the parties was to be shared on a just and equitable basis. This led many to assume that upon a divorce, spousal property was divided 50-50 or in equal shares.

The court in Boafo v Boafo [2005-2006] SCGLR 705 ,therefore, clarified this principle, explaining that where it is clear that a particular property, although acquired during the marriage, was clearly owned by only one spouse, the courts would respect the proprietary rights of that particular spouse.

This is in line with Article 18 of the 1992 Constitution which grants every person the right to own property. The court went on further to state that where it is not clear who actually owns the property, then the equality is equity principle will be applied in sharing the property between the spouses.

Therefore, the principle seeks to incorporate international laws and treaties to our laws to improve the plight of women in Ghana during dissolution of marriages.
Despite the law concerning the division of spousal property, the courts have also noted that the mere acquisition of property during the subsistence of a marriage does not necessarily make that property joint property of the marriage.

In the case of Fynn v Fynn (Civil Appeal No. J4/28/2013) the court stated that although it is ideal for spouses to pool their resources to jointly acquire property, where one person solely acquires property without intending it to belong to both parties, the court will respect this right.
Consequently, you do not have to worry that the land you acquired to build a house for your mother will be shared between your husband and yourself, provided you can establish that you acquired it by yourself for your own use. I wish you the best.