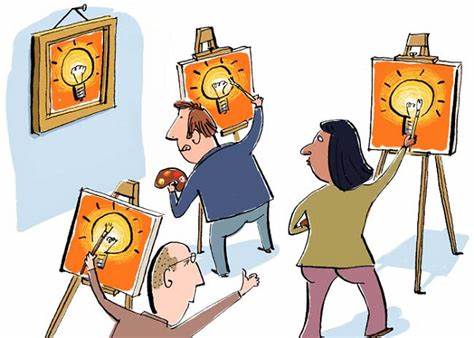 In the last 14 years, I have posed the same question to my language and communication skills students: Do you listen to news? The answer has been a consistent “no”, which response compels me to inquire:

What if enemies are approaching, and we are being warned to run for safety? Students’ humorous shrug corroborates one woman’s response: “Then they will come and catch me”.

About five years ago, I added another line of question: “Why?” That also has been yielding a common consistent response: “There is nothing in the news except NDC, NPP politics”. I am using my classroom experience to highlight an entrenched laissez-faire mentality towards sourcing authentic information. When tertiary students are not enthusiastic about seeking accurate, current information for knowledge, reflection and action, it signals grave implications for community and industrial sophistication in general outlook.

Pick any secondary or tertiary campus in the country and one has a microcosm of the nation. The greater percentage of learners seek results they have no intention of working for. They slight class attendance and course work, copy friends’ assignment, collude in examination. Ironically, such completely disregard the implications of their careless attitude and hope for academic success. That dubious attitude has given birth to a blind copying mentality among many contemporary Ghanaians.

In an engineering examination, a question required candidates to explain the reason for submitting a report late and causing embarrassment to their company as well as convince management not to take a disciplinary. A brilliant candidate must have thought of a sound plan and whispered it among candidates who failed to analyse the plan. About 90 per cent of candidates wrote that a parent had been involved in a fatal accident and required blood transfusion, hence their inability to meet the deadline.

These days, many tertiary students’ idea of final year project work is to scan an existing project work, replace the author’s name with theirs and submit to department. Supervisors marking such works will meet the original country and other give-away information, which the submitting candidate had failed to delete. Such works are passed. Learners complete and join the workforce, ill-equipped for actual work. They are starved of initiative so can only imitate others. Two recent articles awakened my worry.

They were changing horses in midstream, a prudent measure? (mirroronline, Nov. 12, 2022) and The 'sere me preko' demonstration - Occasional Kwatriot Kwesi Yankah writes (graphic.com.gh Nov. 13, 2022). Both articles were a critique of the Ku me Preko Reload demonstration. In the first article, Ms Ajoa Yeboah-Afari highlighted the impatience of the conveners. Instead of following constitutional provisions, they opted for a short cut.

It is ironic that a lawyer would convene a demonstration rather than angle for a legal leeway, impeachment, but then, that takes time, and copycats respect not time. Missing the target, the convener lunged for the parliamentary censure. He is a true apostle of shortcuts.

Prof. Kwesi Yankah’s scornful darts might have pierced very deep the hearts of the conveners, when the latter read the admonition that they ought to have sat at the feet of the demonstration gurus, including the current Nana that the conveners are trying to prise from the Presidency. The scorn deepened with the innuendo that the conveners had misread Ghanaian sentiments, and as Ms Yeboa-Afari put it, had unwittingly assured the President that economic woes aside, they are not going to jumpstart any change proceedings. Ouch!

The conveners apparently have been following global news and trend: The last but two Prime Ministers of Britain, Theresah May and Boris Johnson, were elbowed out of post. Across the globe, other heads of state have suffered similar fate. Some parliamentarians in the ruling party have also gleaned the role played by a cross-section of the Conservative party in piling pressure on leaders to quit. The Liz

Truss/Kwasi Kwarteng brief saga may have nailed the coffin for the copycats. Let’s do it in Ghana. They did and missed.

It bothers one that Ghanaian copycats can undertake extremely serious quests without the slightest regard for implications. It is even more alarming that copycats fail to take pains to equip themselves for the tasks they set themselves. As has been pointed out, there are differences between the ruling systems of Britain and Ghana, differences that were most likely to impact the quest for removal.

Apparently, the conveners superficially gauged public sentiments, which swung with loud voices, so compromised attention to insight and forbearance. They hoped against hope that things worked in their favour, a scenario that constantly plays before instructors who mark students’ scripts. Some advocates miss a basic fact.

Pressure groups are formidable only for their sense of autonomy, which emanates from innovative, constructive information, which engenders legitimate checks and balances. I cannot fathom how the legal person could have missed that. Again, quality education, which imparts analytical reading skills, could have come to the rescue. What a miss!

But there has been a silver lining – the dismissal of Mr Charles Adu Boahen – one of the three targets for resignation. That obviously brightened the conveners’ day. They could effectively counter occasional Kwatriot’s sere me preko jibes with a whimper: Yεn nso yεasere kakra.