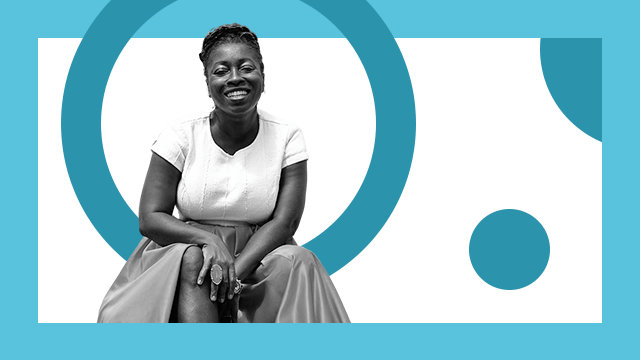 The list of 100 women compiled by the BBC annually is made up of inspiring and influential women from around the world.

This is the 10th season of 100 Women, and so the BBC is taking the opportunity to explore what progress has been made over the last decade.

While there have been huge steps forward for women's rights - from the number of female leaders to the MeToo movement - for women in many corners of the world, there is still a long way to go.

The list also reflects the role of women at the heart of conflict around the world in 2022 – from the protesters bravely demanding change in Iran, to the female faces of conflict and resistance in Ukraine and Russia.

For the first time this year, the BBC has also asked previous 100 Women to nominate others who they felt deserved a place on the 2022 list.

Her book The Sex Lives of African Women has been described as "an astonishing report on the quest for sexual liberation", in a dazzling review by Publishers Weekly.

It was listed by The Economist as one of the best books of the year, reflecting a diverse range of voices from across the continent and global diaspora.

Writer and feminist activist Nana Darkoa Sekyiamah is also co-founder of Adventures from the Bedrooms of African Women - a website, podcast and festival that creates content to recount the experiences of African women around sex, sexualities, and pleasure.

Feminists have succeeded in creating space for all women to be themselves. But we are facing a backlash, which is the result of our gains - and this backlash particularly affects gender diverse and gender non-conforming people.

BBC 100 Women names 100 influential and inspiring women around the world every year. The BBC create documentaries, features and interviews about their lives - stories that put women at the centre.

How were the 100 Women chosen?

The BBC's 100 Women team drew up a shortlist based on names they gathered and those suggested by the BBC's network of World Service Languages teams, as well as BBC Media Action.

Candidates who had made headlines or influenced important stories over the past 12 months, as well as those who have inspiring stories to tell, or have achieved something significant or influenced their societies in ways that wouldn't necessarily make the news.

The pool of names was then assessed against this year's theme – progress that has been made across different areas over the past decade.

Topics that split opinion were explored, such as reproductive rights where one woman’s progress could be another’s regression, and nominated women who have created their own change. The list was also measured for regional representation and due impartiality, before the final names were chosen.

Some of the women on the list appear anonymously or without a surname in order to protect them and their families, with their consent and following all BBC Editorial Policy and safety guidelines.

Billie Eilish, US
Singer and songwriter

Jane Rigby, US
Astronomer and astrophysicist