I'm the chosen one — Kofi Akpaloo 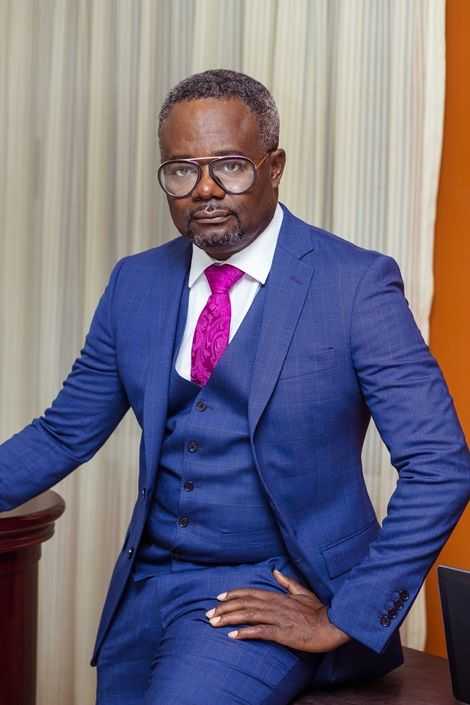 The Presidential Candidate of the Liberal Party of Ghana (LPG), Mr Kofi Akpaloo, is so confident about winning this year’s election.

He is convinced that he is the one chosen to rescue the citizens of the country from the broken promises of both the National Democratic Congress (NDC) and the New Patriotic Party (NPP).

He said he would change the fortunes of Ghana by helping Ghanaians everywhere to create and enjoy wealth.

Mr Akpaloo said in an interview in his office in Accra: “I am asking all Ghanaians to vote for me because I have been ordained President by God to rescue this country from poverty and give the citizens hope for the future.”

Mr Akpaloo said he wanted to be given the mandate to unlock the potentials of people in the country, which had been locked by previous governments, adding that he would do that through education and technology.

The slogan for the party is: Putting people’s lives first through technology and the emblem of the party is a computer.

The native of Anyako in the Volta Region said when voted into office, he would pay child support benefits to help parents and guardians make ends meet.

That he said he would do until the time the child attained age 18. Thus, every child would be entitled to an amount of GH¢200 a month and GH¢300 each for twins.

“This won’t be difficult because every child will be on a data base as they will be registered as soon as they are born which will make identification and distribution easy”, he noted.

Mr Akpaloo acknowledged that the Free SHS Policy was very good but said he would go a little further and make university education also free so that majority of the population would be educated to better grow the economy of the country.

The founder of the LPG who has been on the political scene for quite some time now but had not been successful to either go to Parliament or get elected as president said this time round he would be successful.

He started his political career by contesting the parliamentary seat at the Manhyia Constituency in the Ashanti Region in 2004 as an independent candidate but lost.

In 2012 his dream of becoming President was dashed as he didn’t get anywhere in the race.

Unperturbed, he still entered the presidential race yet again in 2016 and once more, his dream was not fulfilled as he was disqualified after he had filed his nomination by the Electoral Commission because there were problems with his nomination forms.

Four years on, Mr Akpaloo says he has all it takes to win this year’s election without fail because his number on the ballot paper says it all.

“I am number eight on the ballot paper and eight means new life, resurrection or a new beginning so there is no way I am going to fail this time round”, he said confidently.

Mr Akpaloo is a Chartered Accountant by profession with certificates from the Institute of Management Studies (IMS), the University of Professional Studies (UPS), the AT Emile Woolf Accounting College in London, United Kingdom (UK), and a Master’s degree in Accounting at the University of Derby also in the UK.

The presidential candidate, who grew up in the Ashanti Region, said he attended a great number of schools in the region because his mother was a nurse and was moving around a lot.

For his secondary education, he attended Toaso SHS and Osei Tutu SHS both in the Ashanti Region.