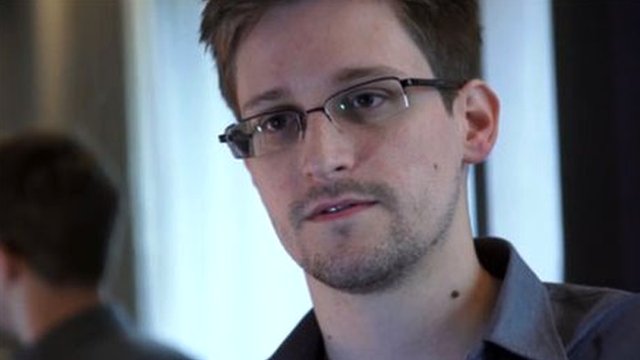 The EU will demand assurances that Europeans are not having their rights infringed by a massive surveillance programme run by the US.
Health Commissioner Tonio Borg said the EU wanted a "clear commitment" from the US to respect data-protection rights.

Last week a series of leaks by a former CIA worker led to claims the US had a vast surveillance network with much less oversight than previously thought.

The US insists its snooping is legal under domestic law.

The Obama administration is investigating whether the disclosures by former CIA worker Edward Snowden were a criminal offence.

It gives the US National Security Agency (NSA) the power to obtain emails and phone records relating to non-US nationals.

But details about the individuals targeted under the act remain secret, and there are concerns the NSA is overstepping its powers.

Documents leaked to the Washington Post and Guardian newspapers claimed the US authorities had direct access to the servers of major US technology firms such as Apple and Google.

Mr Snowden told the Guardian that individual operatives had the power to tap into anyone's emails at any time.

In the US, the controversy has focused on the possibility that conversations of US citizens may inadvertently be captured.

But overseas, governments and activists point out that US law provides foreigners with no protection.

EU Justice Commissioner Viviane Reding said she would raise concerns in a meeting with US Attorney General Eric Holder on Friday.

"This case shows why a clear legal framework for the protection of personal data is not a luxury but a necessity," she wrote on Twitter.

Mr Borg said in a statement that the EU wanted clarity on whether the US authorised bulk transfers of data, or only data on specific individuals.

"The [Justice] Commission is asking for clear commitments from the United States as to the respect of the fundamental right of EU citizens to data protection," he said.

Meanwhile, the whereabouts of Mr Snowden are unknown - he was believed to be in hiding after reportedly checking out of a Hong Kong hotel on Monday.

Senator Dianne Feinstein, the chairwoman of the Senate intelligence committee, said US authorities were "aggressively" pursuing him.

The California Democrat also accused the 29-year-old of "an act of treason".

The top Republican in the US House of Representatives, Speaker John Boehner, labelled Mr Snowden a "traitor".

"The disclosure of this information puts Americans at risk," he told ABC News on Tuesday morning. "It shows our adversaries what our capabilities are. And it's a giant violation of the law."

US officials admitted the existence of Prism after the Washington Post and Guardian published slides from an apparently internal NSA presentation emblazoned with a Prism logo marked "top secret".

The presentation claimed that the NSA had "direct access" to the servers of various technology firms and could capture emails and other communication at will.

US security officials said all requests for data were overseen by the Fisa court, and denied access had been given on that level.

The firms named on the slide also denied giving such access, and said they agreed only to legal requests.

The journalists involved in the story were first contacted by Mr Snowden at the start of the year.

One of the Guardian journalists who wrote the Prism stories has promised more revelations to come.

"We are going to have a lot more significant revelations that have not yet been heard over the next several weeks and months," said Glenn Greenwald.

The first of the leaks came out on Wednesday night, when the Guardian reported phone company Verizon had been ordered to hand over the details of millions of calls.

The US surveillance programme has been the subject of controversy for years.

After the attacks on the US on 11 September 2001, the government began pushing for wider wiretap powers than those authorised under Fisa.

It is thought the government engaged in hundreds of so-called warrantless wiretaps.

The surveillance programme was brought back under the power of Fisa in 2008 when the act was amended.

US President Barack Obama has characterised the surveillance as a "modest encroachment" on privacy, needed to keep the US safe from terrorism.