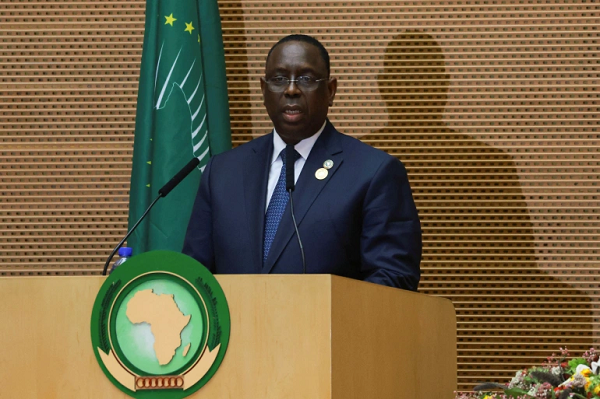 Senegal's president and head of the African Union, Macky Sall, has told Vladimir Putin he should consider the impact of food shortages caused by the invasion of Ukraine.

The two men have been meeting in the southern Russian city of Sochi.

The AFP news agency quotes Sall as saying Putin should "become aware that our countries, even if they are far from the theatre [of action], are victims on an economic level".

He added that food supplies should be "outside" of the West's sanctions on Russia.

Before the conflict, more than 40% of wheat consumed in Africa came from either Ukraine or Russia.

Before he left Senegal, President Sall's office said the visit was aimed at freeing up stocks of cereals and fertilisers that are currently blocked in Ukrainian ports.

African countries have been particularly affected by the price increases caused by the war.

Earlier, the Reuters news agency quoted the Kremlin as saying that Putin would give an "exhaustive" explanation as to what is happening to Ukrainian grain.

In his public remarks after the meeting, Putin said Russia was "always on Africa's side".