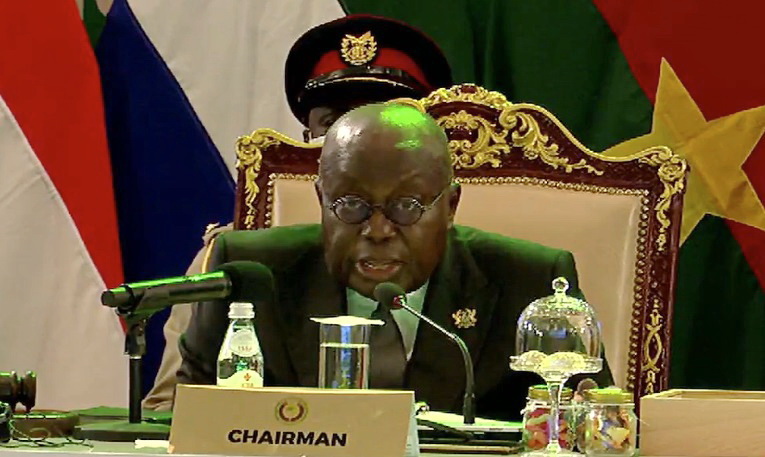 The authority of Heads of States and governments of ECOWAS have commenced a closed-door meeting at the Jubilee House in Accra to re-examine and assess the situation in Mali, Guinea and Burkina Faso.

The meeting is taking place in the light of recent developments about the three countries within the regional and global context which affected countries in the region.

Opening the meeting, President Nana Addo Dankwa Akufo-Addo who is the chair of the regional bloc said just as in March 2022, this meeting would continue to focus on the political instability in the region with the resurgence of coup d'etat since August 2020.

He expressed the hope they would be able to find some lasting solutions to this resurgence.

He noted that in dealing with these unfortunate matters the objective of the leaders of ECOWAS had always been to find ways to help those countries to return to constitutional order.

This, President Akufo-Addo, said would allow the three countries to do better with the security and humanitarian challenges they were facing.

"In line with our resolute commitment to upholding democratic governance and democratic institutions in the ECOWAS space as enshrined in our protocol of good governance. We have had several meetings on the unfortunate situations in Mali, Guinea and Burkina Faso," he stressed.

President Akufo-Addo noted that during the last summit the leaders were briefed on the social, political and security situations in Mali Guinea and Burkina Faso, which informed the decisions they took.

He said he was looking forward to successful deliberations that would consolidate the joint efforts for the establishment of a peaceful democratic and stable West Africa.

Just after the opening ceremony which was addressed by only President Akufo-Addo, the meeting broke into a closed-door session.