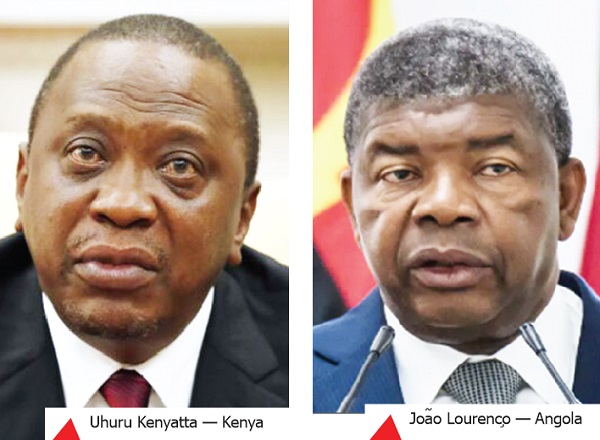 This year, 2022, will be an interesting one in Africa. A number of countries on the continent will be heading to the polls to either elect their Presidents or cabinet members.

Notable among them are Kenya, Angola, Libya, Senegal, Republic of Congo and The Sudan. Elections are among the most present of contemporary political institutions, and voting is the only positive political act undertaken by a majority of citizens in Africa and most other countries in the world today.

The 1990s was a good decade for African democracy. One after another, countries threw off one-party rule and embraced multi-party elections. By 2000, nearly every state had gone to the polls. Since then, progress has been uneven. Peaceful transfers of power are more common but these frequently reflect stitch-ups by ruling elites, not the will of the people.

Incumbents often have the advantage. Though large majorities in most countries say they want more democracy, around half of sub-Saharan Africans are dissatisfied with the democracy they have, up from about a quarter two decades ago.

Elections have proven to be a fundamental contribution to democratic governance. Despite its aim of allowing a peaceful transfer of power, some elections are often marred by substantial violence.For instance, While a country such as Zambia held a peaceful transfer of power in August 2021, Sub-Saharan Africa experienced a series of military takeovers in 2021, emphasizing the risky state of democracy on the continent. But the presidential elections that are due to take place will illustrate why Africans are frustrated by the gap between democracy’s promise and its reality.

Although at least four African countries have confirmed that they will be holding elections in 2022, a number of others have yet to give a definite date though the elections are due this year.

Senegal will be the first country to hold elections in 2022. The campaign is already in full swing for the municipal elections, which will be a full-scale rehearsal for the 2024 Presidential elections.

Senegal is expected to conduct local and legislative elections in 2022. This comes three years after President Macky Sall was re-elected for a second term.

The election, which will be held on January 23, will see citizens vote for mayors across 550 municipalities. Sitting mayors, majority of whom are members of the ruling party, were supposed to have left power in 2019 but are still serving due to the postponement of municipal elections.

The upcoming local election is important for many reasons. First, it will be a referendum on Sall’s presidency, which has stained the country’s democratic qualifications in recent years. Sall had attempted to amend the Constitution to allow him to run for a third term.

As a sign of disapproval of all these, there has been series of street protests mainly aimed at opposing the arrest of opposition leaders. The upcoming elections will also determine who leads Dakar, the country’s capital city, which has remained an opposition stronghold since 2009.

Ultimately, the outcome of the municipal elections is likely to have a significant impact on how Senegalese view the fairness of their country’s electoral processes, including the forthcoming legislative contest scheduled later in 2022.

Three other countries that are also preparing for their important elections are Kenya who will choose a new President; Angola will also choose a new President and many analysts say its likely to be a re-election of incumbent President João Lourenço, while the Republic of Congo (Congo-Brazzaville) will vote in new members of parliament.

If all goes well, national and local assembly elections will take place in Chad,The Gambia, Lesotho, Libya, Segal and Sierra Leone this year. However, it is likely elections in Angola, Kenya and Senegal will be the ones to look out for in the months ahead. The results of elections in these three countries will significantly impact prospects for reversing democratic erosion, the extent to which civil society and countervailing institutions can keep leaders accountable.

Kenya conducted its last presidential elections in 2017. The election had its own inconsistencies with the court identifying serious irregularities. Following a rerun, Uhuru Kenyatta emerged as the winner, beating his major contender, Raila Odinga.

In December 2021, Raila Odinga launched his fifth bid for the presidency, this time with support from President Uhuru Kenyatta. Kenyatta, together with Odinga sought to introduce a range of institutional reforms through the Building Bridges Initiative (BBI).

This was intended to allow power-sharing between the President and the Prime Minister and disregarding parliamentary approval of presidential appointees and appointing a regulator to oversee the Judiciary.However, Kenya's high court rejected the bid, classifying it as unconstitutional.

Kenyatta’s exit from office creates the opportunity for former Vice-President William Ruto and long-time opposition leader Raila Odinga to appear as frontrunners in the elections.

The collapse of the BBI has taken away the possibility of a larger executive where power is shared and Kenyatta has a position. This has upped the ante for the 2022 election, which is likely to be highly contested and disputed. As the world waits to see the outcome of this election, there is an early sign of voter apathy as some Kenyans refused to register during the mass voter registration exercise.

The country's presidential polls will see incumbent João Manuel Lourenço of the People’s Movement for the Liberation of Angola seek a second term after he took over in 2017 from José Eduardo Dos Santos, who had been in power for nearly four decades.

Lourenço ,however, faces opposition from a new coalition, the United Patriotic Front and according to reports, the opposition “has the wind in its sails” while the MPLA is more divided than ever.

After his inauguration, he recovered over $3 billion stolen from the country’s sovereign wealth fund. The economic recession, poverty and inequality have been the country's biggest concerns. Lorenzo bid for re-election is likely to be a referendum, assessing the governance during his first tenure. It will also be another test of the country's electoral process which has largely favoured the ruling MPLA for several decades. Angola's political and governance direction could be determined by the quality of this electoral process.

Judging from existing and emerging political conflicts and crises, which continue to destroy the continent and its development, it may not be wrong to say Africa can expect some electoral challenges in 2022. Perhaps, unless the regional bodies and African Union act with urgency, especially as major elections await the continent this year, some parts of the continent could be plunged into chaos.