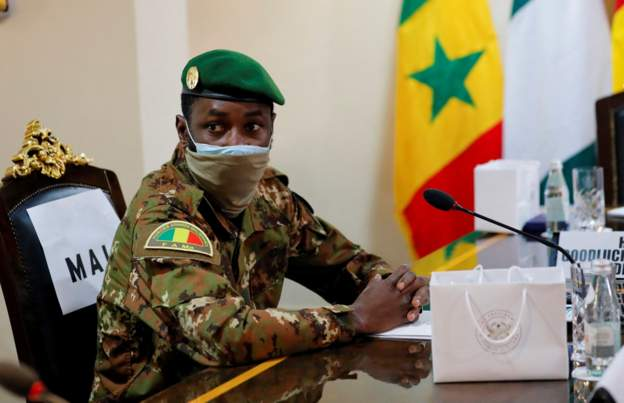 West African leaders have imposed sanctions on Mali after the country’s military government announced a long delay to elections originally planned for next month.

The West African regional bloc, Ecowas, which met in Accra on Sunday, agreed to close borders with Mali as well as implement a range of economic sanctions.

Mali's military government in response said that it was closing its land and air borders with Ecowas and recalling its ambassadors from member states.

In a statement, the junta said it "strongly" condemned "illegal" sanctions imposed on the country.

West African leaders have been calling for a return to civilian rule since a group of army officers toppled President Ibrahim Boubacar Keïta following street protests in August 2020.

Sanctions have been seen to be effective in the past, but a second coup last year forced out the interim civilian government, testing the resolve of regional leaders pushing for reform.