To organise affordable funerals or not is no longer a question 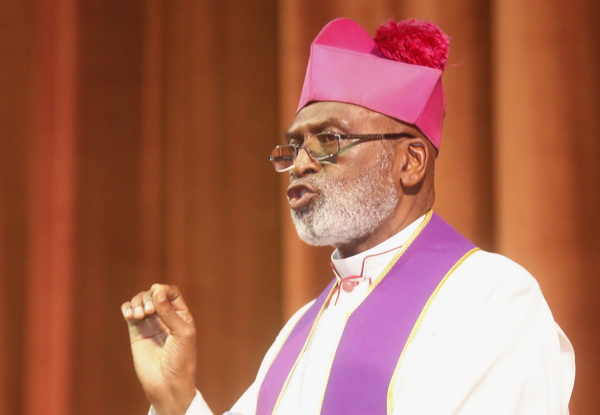 To organise affordable funerals or not is no longer a question

Last week Friday, at the state funeral of the former Senior Minister, Mr J. H. Mensah, the Catholic Archbishop of the Cape Coast Diocese, Most Rev. Charles G. Palmer-Buckle, appealed to Ghanaians to desist from wasting precious time and resources on funerals at the expense of the poor and needy.

Delivering the homily at the burial service, he advised the public against keeping their dead relatives in the mortuary for a long time, ostensibly to spend time and resources on preparations for a big funeral. Alongside the funerals, he said relatives of the dead spend further resources to organise one-week celebrations. He suggested that instead of all that, families should spend their time and money on the living.

The archbishop was spot on with his admonition. Funerals seem to know no bounds nowadays, whether in the city, towns or villages. In terms of energies and resources wasted, funerals have become more taxing on families than ever before. Some churches and communities have made attempts to moderate funerals but no, even if it means going to borrow, some families are going overboard and running into debts after it is all over.

The newest thing in town, the one-week observance, and the actual funerals have become fashion catwalks and festive socialising. The day of the funeral itself produces spectacular shows in some cases, to the extent that even the pallbearers are made to dress fashionably. They walk and slow dance with the coffin rested on their shoulders as mourners bid farewell to the dead.

What to wear, expensive funeral service brochures and the laid-out lunches, topped with exclusive souvenirs for sympathisers, are all incredibly expensive for families to take care of. And as if in a competition, families put themselves under undue pressure to meet or exceed expectations, always comparing theirs to someone else’s funeral.

When some of us were growing up, the one-week observance was a practice confined to smaller communities and definitely not in the big cities or towns. Even where the deceased lived in the city, the family would travel to their hometowns to perform the one-week rites on a much smaller scale than what we are seeing now.

As one understood it then, the one-week observance was for the family to gather around and make public the date set aside for the burial and final funeral rites.

Sympathisers who attended the ceremony would donate drinks and/or cash to the family to assist in preparations towards the final funeral rites itself. It was that simple and purposeful.

The one-week rites and the actual funeral were never times for feasting or merriment. If you wanted a bottle of drink during a funeral, the size of your donation would determine the type, size or the number of bottles of drink the family would give you. As for food, it was completely out. It was a day to fast from food and focus on mourning.

Today, the one-week observance has become a big celebration in itself. Because it has become a practice with some, many others are following suit. From 6 a.m. to 6 p.m. on that day, the family would sit to receive sympathisers and spend on food and drinks to serve those who pass by.

The expectations of families and sympathisers alike have turned funerals into money-wasting ventures. Unfortunately, funerals are taxing on people’s energies because we have created a situation where there seems to be nothing like a small funeral.

Due to the financial and physical strain exerted on families, it is not surprising that some people plan their funerals while alive. The whole purpose is to lift the modern-day funeral burden off those left behind. They will go to the extent of putting the plans in writing and making it known to key family members and friends so that in the event of their death, their wishes are observed to the letter.

Recently, I attended a funeral where they produced no funeral brochures and the only thing read was the biography which the deceased had written himself. As per his wish, there were no wreaths and no gathering after the funeral service. Everything was to be done at the burial service. What intrigued me most at this funeral was the fact that the deceased asked mourners and sympathisers to wear anything they felt like to come and bid him farewell. In less than two hours, the funeral was over, to the dismay of those who came in late.

As the funeral cortege drove off for the private burial, I could feel the immense relief on the immediate family, perhaps wondering whether that should not be the standard for funerals of today. It is ideal, yes, but setting a standard for simple funerals in our setting is perhaps no longer the question.