Loving the police - but my beef is… 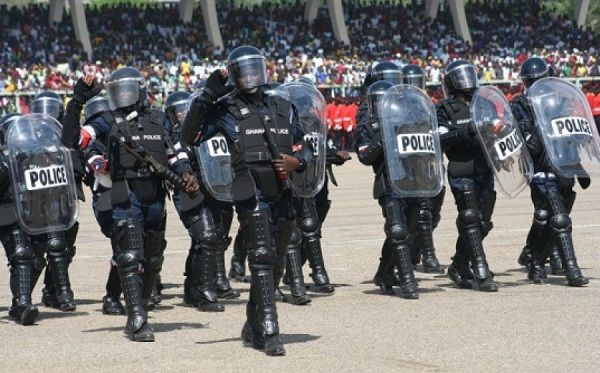 Loving the police- but my beef is…

I genuinely love the police. I love them for the simple reason that they commit in their profession to keep us and our properties safe

While we stretch our tired bodies at the end of the day, they are on their feet making sure that we wake up to peace and order.

And so for anybody who commits to working 24 hours, seven days each week, rain or shine, and cannot lay down his or her tools in times of discontent, then applause and love are in order.

That is why when governments see the worth of our police service and go to their aid to make their work a bit easier, I buy into it.

They have been trained to have large hearts, to accommodate and make room for tolerance no matter the provocation. Though there are pockets of bad lots who may bring them a bad name, generally, the police try to live at peace with civilians.

However, my love for the police stops at a point where they seem to have lost confidence in themselves in the critical area of community policing.

The confidence which the job in them seems to have been lost on the officers I encounter on a daily basis at traffic intersections.

Their presence even seems to invite unruly behaviours and practices. In some jurisdictions, the sight of a police officer commands utmost respect for law and order.

Some of the actions and inactions of our police officers make my love grow cold for them. I have often wondered why, with all their powers under their sleeves, acts of indiscipline, lawlessness and impunities have choked us to the extent that ?? keep having field days.???

Many times, these societal misfits end up inconveniencing all others while they put themselves at risk.

My love for the police goes sour each time I see street hawkers and commercial motorbike riders, popularly known as ‘Okada’.

With all the powers they wield, the police, under their watch, allow these groups of people to ply their trade even though they have no legitimate right to be doing what they do.

One can take a look at some of the key roads in the city of Accra where the police watch on as street hawkers do business in busy traffic, leaving a trail of rubbish around despite efforts to keep the city clean.

How can one love the police when even individuals can prevent unauthorised parking and selling in front of their premises, be it residential or commercial? It beats understanding why the Airport police for example watch on daily for active hawking and begging close to our only international airport?

As for the Ring Road end close to the Nima Police Station, it is more than a market. Hawkers display by the roadside bags of detergents and other stuff, making it feel like their presence is endorsed by the police.

The Kwame Nkrumah Avenue end in front of the Central Police Station is no different. So who else can put fear in the around us if not the police?

As if that is not enough, the nuisance of Okada riders is killing us. I have recently lost a relative who was knocked down by a hit-and-run Okada rider. In the midst of the chaos and misery they have brought on our roads even with police presence, it was regrettable to read in the October 20, 2018 issue of the Daily Graphic a story where the Head of Research and Programmes of the Motor Traffic and Transport Department (MTTD) of the Police Service is reported to have admitted that Okada has gone beyond police control. Really?

What respite do we as civilian drivers and pedestrians being tortured by Okada riders have if they are beyond police control? Is