Who is watching our borders? 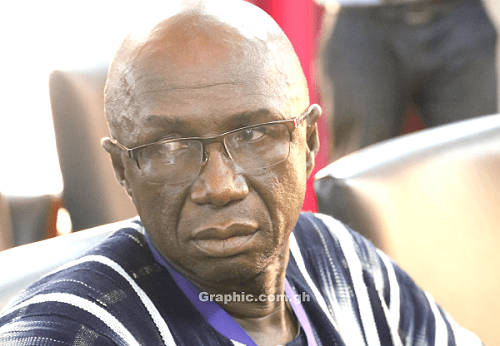 In November 2019, many Ghanaians laughed off coronavirus as a Chinese appetite gone wrong. In many conversations in the early days of what is now known as COVID-19 pandemic, we talked of the disease as one that was far away.

While the disease wreaked havoc in Wuhan, the global conclusion was that the “Chinese eat everything with four legs, except tables and chairs, everything that flies except helicopters or planes and everything that swims except submarines.”

Like the World Health Organisation (WHO), which has been blamed for being complicit with Chinese authorities in the early days of the disease, we waited.

The adage that when your neighbour’s house is on fire, you need to fetch water close to yours, did not dawn on us.

Almost two years later, COVID-19 has evolved into a deadly pandemic that has killed millions of people globally, while crippling the most sophisticated healthcare systems.

Suffice to say that Ghana has only been spared the debilitating impacts of the virus health wise because of God’s grace.

Financially, we are yet to recover from the battering our businesses and the economy have suffered. We may probably live with the scars of this pandemic for a very long time to come, as scientists and world leaders endeavour to supply a lasting antidote to everyone.

While we count our losses in this pandemic, another one is budding far away from us again. This time, it is the victory of the Taliban in Afghanistan.

Taliban forces in that country, who, some 20 years ago, ran with their tails between their legs into the mountains and neigbouring Pakistan, while American and NATO forces pursued them, are now back in power as the authority of the Afghan Army crumbled like a pack of cards.

Comparing a pandemic with the victory of extremists may sound outrageous, but its consequence should be our headache.

The Taliban’s momentous entry into the national capital, Kabul, was just a matter of time, the moment the US withdrew thousands of boots from the ground.

With each conquest of a district, the group’s ability to coerce the mass surrender of government forces grew remarkably.

Some key provinces fell to them without a bullet fired. According to military analysts, the armoury of the Taliban, seized from the fleeing Afghan army, makes mockery of what ISIS captured in Syria.

That is where we should all be collectively worried. I will not pretend to be a security analyst or foreign affairs expert.

My knowledge of those fields are as limited as my grand daughter’s understanding of why yams don’t grow on trees.

But I am worried about the victory of the Taliban in Afghanistan. Apart from the likely dehumanising days ahead for women and girls, this is a morale booster for jihadists around the world.

We already have a full plate in Nigeria’s Boko Haram and the Sahel region’s ISIS and Al Qaeda in Mali, Niger, Burkina Faso, and Libya.

These countries are milling with extremists planning trouble in West Africa.

Over the last few years, we have been warned, to be alert about terrorist attacks in Ghana, Togo and Benin.

We are told our borders are porous. So porous that they are just a walk across the park.

Ahead of the 2020 General Election and in the early days of COVID-19 pandemic, the government deployed hundreds of soldiers and immigration officers to border communities with the explanation that they were meant to protect our borders.

After the elections, while COVID-19 remained, most of these security personnels were withdrawn, except, as ascertained by a recent traveller, some patrols are happening.

But the “official” border post are now money printing machines for some of these security personnels.

It is an undisputable fact that the immigration service collects money from people to allow them in and out of the country,” a Togolese visitor recently alleged.

While our borders remain porous, the economic situation lends itself to bad minds—terrorists and extremists—manipulating our young people. All it will take for unemployed people to start fomenting trouble is money and toxic ideology.

This is dangerous at a time security expert say both the Islamic State group and its rivals in al-Qaeda have taken a strategic decision to make Africa their new priority after suffering setbacks in the Middle East.

Add that to a Kofi Annan International Peacekeeping Centre Research (KAIPKC) that found that there is a shift in the world of violent extremists, as women are now willing participants in terrorism activities.

Women, who would ordinarily coil with fear in the past, are performing several roles to fuel terrorism, radicalisation and violent extremism.

The revelation is a product of research they have conducted into extremism in the sub-region, indicating the need for a paradigm shift from the rhetoric that women are always victims of violent extremism, terrorism and radicalisation.

We must up our game against unemployment. We have a lot to do to shield ourselves from a world in which terrorists and jihadists begin to think nothing is impossible, if Afghanistan can fall to peers after 20 years.