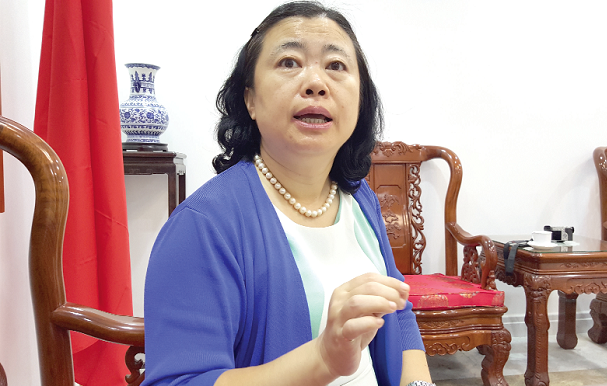 On May 14 and 15, 2017, China hosted the Belt and Road Forum for International Cooperation in Beijing. Twenty-nine Heads of State and Government as well as 1,500-strong representatives from over 130 countries and 70 international organisations attended the forum, which achieved abundant results.

First, it defines in a clear manner the future direction of the Belt and Road. Chinese President Xi Jinping delivered important speeches during the forum and pointed out that China would insist on jointly building through consultation to meet the interests of all, aiming at policy, infrastructure, trade, financial and people-to-people connectivity and building the Belt and Road into a road of peace, prosperity, opening up, innovation and civilisation.

All the participating leaders made very positive responses to President Xi’s remarks. These ideas have been included in the Joint Communiqué of the Leaders Round Table, embodying the extensive international consensus.

Second, the forum draws a concrete road map of construction of Belt and Road. China signed dozens of cooperation agreements with countries and international organisations during the forum, which outlined the key areas and ways for the next phase cooperation and translated the grand blueprint of Belt and Road Initiative into the clear-cut steps forward. As President Xi said, China synergises connectivity of development policies and strategies with countries and regional organisations and this will produce a multiplying effect.

Third, the forum identifies a batch of priority projects to implement. Through the forum, parties involved form a list of deliverables of five categories, 76 items and over 270 projects, including a long list of cooperation projects. This shows the cooperation on Belt and Road is going broader and deeper.

China, as the host country of the initiative and forum, has brought up many new measures to build synergies in development strategies and policies, promote the construction of economic corridor, enhance major projects cooperation and enlarge financial support. This shows the determination and responsibility of China to work together to build the Belt and Road.

The Silk Road Fund will expand by RMB 100 billion. Financial institutions are encouraged to conduct Overseas Fund Business in RMB and the estimated amount will be RMB 300 billion. This will provide stronger financial support for the construction of Belt and Road.

The Belt and Road Initiative originated from the Silk Road Economic Belt and 21st Maritime Silk Road that were brought up by Chinese President Xi in 2013 in Kazakhstan and Indonesia.

It focuses on constructing infrastructure and enhancing connectivity across Eurasia continent, building synergies in development strategies and policies among participating countries, deepening pragmatic cooperation, promoting coordinated development and realising common prosperity. The Belt and Road Initiative comes from China, yet it belongs to the whole world.

In the past four years, more than 100 countries and international organisations have taken an active part in the Belt and Road Initiative. Important resolutions passed by the UN General Assembly and Security Council contain reference to it. By pursuing this initiative, China wishes to promote international cooperation to deal with world economic challenges hand in hand, and forge a community of common interests and common destiny for all mankind.

The Belt and Road Initiative and Africa
Africa, especially the eastern and southern parts, is the historical and natural extension of ancient maritime silk road. In the early 15th Century, Zheng He, a famous Chinese navigator in the Ming Dynasty, made seven voyages to the Pacific and Indian Ocean, four of which had reached the East African coast, establishing friendship between China and Africa and promoting friendly cooperation since then.

China invited three African leaders to attend this forum, that is, the President of Kenya, H.E. Uhuru Kenyatta, Ethiopian Prime Minister Mr Hailemariam Desalegn, and the Deputy Chairman of the AU Commission, Mr Thomas Kwesi Quartey, which shows that China attaches great importance to China-Africa cooperation.
Africa is an important direction and goal of the Belt and Road Initiative. The Belt and Road construction will bring unprecedented opportunities to the development of China-Africa cooperation, and it is of important significance that Africa participates in the Belt and Road Initiative.

Participating in the Belt and Road Initiative will benefit Africa from China's rapid economic development and inject new impetus in its social and economic development. The global economy has been sluggish for years. The international commodity prices continue to fluctuate and the trade protectionism arises, which has brought a number of challenges to Africa. China, as the world's second largest economy, is trying to achieve economic restructuring and upgrading by the implementation of structural reform and innovative development.

China's GDP in 2016 totalled RMB 74.4 trillion (about US$10.8 trillion) with a growth rate of 6.7 per cent, contributing 30 per cent of world economic growth. China’s stimulating effect on the development of Africa's economy has been widely recognised.

At present, more than 3,300 Chinese enterprises do business in Africa with a total investment of US$5.38 billion. China has constructed 20 economic and trade zones in 15 African countries, attracting 435 enterprises to move in with a cumulative output value of US$19.35 billion. According to the data released at the China-Kenya Economic Forum: Win-win 2017 organised by the Standard Chartered in Nairobi, Chinese enterprises create more jobs on this continent than any other country.

Participating in the Belt and Road is the inherent need for implementing the 2063 Agenda of the African Union, which will promote the process of African integration, industrialisation and agricultural modernisation, and lift African people out of poverty. The Belt and Road Initiative is highly consistent with the 2063 Agenda of African Union, and the China Dream of the Great Rejuvenation of the Chinese Nation shares in common with the Africa Dream of poverty alleviation and social development. Achieving connectivity and industrialisation in Africa is a necessity and the only route to realise the Africa Dream.
China and Africa have always been the community of common destiny and common interest. The Chinese side welcomes the African brothers and sisters to participate in the Belt and Road Initiative, and will play a more active role in promoting the connectivity between Asia and Africa, generate new driving force for sustainable development of Africa.

Participating in the Belt and Road Initiative will present important opportunities to African countries for implementing the outcomes of the Johannesburg Summit of the Forum on China-Africa Cooperation (FOCAC), and deepen the China-Africa Comprehensive Strategic Partnership. In December 2015, the Johannesburg Summit of FOCAC adopted the China-Africa Ten Major Cooperation Plans with US$60 billion funding pledged by the Chinese government.

New achievements of China and Africa cooperation have been scored in the past two years. Addis Ababa-Djibouti Railway, Mombasa-Nairobi Railway, and Port of Djibouti are some exemplary projects, contributing significantly to the transport network and integration of East Africa. Connectivity has created conducive conditions for the construction of industrial parks along the way, and attracts more Chinese and other foreign enterprises to invest. Africa’s participation in the Belt and Road Initiative will certainly further accelerate the implementation of the outcomes of Johannesburg Summit of FOCAC, and bring more tangible benefits to the African people.

One-Belt, One-Road, One-District, One-Factory
Ghana, the second largest economy in West Africa, is the strategic hub of the Gulf of Guinea with geographical and resources advantages. Ghana also enjoys political stability and an open, inclusive society. After taking office, the NPP government has mapped out a series of social and economic development plans, such as “One-District, One-Factory”, “One-Village, One-Dam”, and “One-Constituency, One-Million Dollars”, and has focused on the infrastructure construction of railway and highway in the East and West Corridor to realise connectivity within both Ghana and ECOWAS. These policies share the same idea with the Belt and Road Initiative, and provide extensive space for China-Ghana cooperation.

Ghana is China’s important partner on the African continent. China Ghana economic and trade cooperation enjoys flourishing development. The Chinese side has conducted lots of aid, financing, investment and contract engineering projects in Ghana, among which the gas infrastructure project, the backbone network, the distance education project, the Sunon Asogli Power Plant, the Africa World Airlines and a number of roads and highways have not only promoted the economic and social development of Ghana, but also given strong impetus to connectivity.

For the time being, the Chinese side is working with the NPP government to define the next batch of infrastructure and people’s livelihood projects so as to kick an early start and bring early harvest to people of Ghana. While conducting cooperation with Ghana, China stays committed to the spirit of the Silk Road of peace and cooperation, openness and inclusiveness, mutual learning and mutual benefit, adheres to the principles of sincerity, practical results, affinity and good faith and upholds the values of friendship, justice and shared interests. We will strengthen policy connectivity to enhance mutual trust and realise complementarity of each other’s advantages.

We will deepen our cooperation in infrastructure construction and industry and help Ghana achieve self-sustained development. We will increase trade connectivity to promote trade and investment facilitation and improve business environment. We will expand financial connectivity,innovate new modes of investment and financing to resolve the bottleneck of funds in cooperation.
We will promote people-to-people connectivity, carry out more exchanges and cooperation in the areas of culture, education, sports, tourism, press, think tanks, youth and women, and lay a solid foundation for China-Ghana relations.

I met with Mr Alan Kyerematen, the Minister of Trade and Industry, the other day. I assured him the Chinese side would support the “One-District, One-Factory” strategy. He responded quickly that Ghana would also participate in the Belt and Road. We gave each other a smile of understanding.
(The writer is Chinese Ambassador to Ghana)