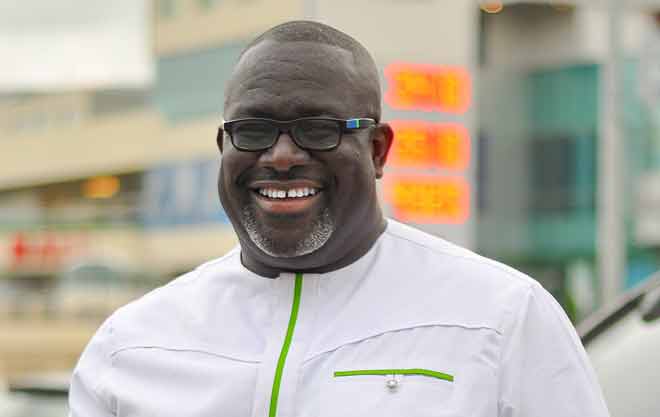 Over the weekend, a mixture of business and pleasure found me in Cape Coast. I set off from home at 5 a.m., gloriously thinking I was going to beat the notorious traffic. How mistaken I was.

For reasons I cannot quite pin down, Cape Coast is one of my favourite local getaway destinations when the hustle and bustle gets too much for me in Accra.

Growing up in Tarkwa, my regular trips to Accra took me right through Cape Coast without ever stopping there because I (or specifically, my parents) simply had no business there.

My first proper visit to Cape Coast was sometime around 2008, when I lived abroad and came home on holiday. I could afford to act all ‘touristy’, not just because I had a few pounds sterling to facilitate that when converted into cedis, but equally important because I had the time and the leisure.

Beyond that I realised that for all the years that I had lived in Ghana, and prior to travelling abroad, I had never given much thought to going to see the Cape Coast and Elmina castles in particular, even though, like many Ghanaians, I had read so much about them in school.

I suspect primarily that it was because I felt then that they, together with other similar sites in the country, were for tourists.

Having lived abroad for a while and having come into direct contact with descendants of those who were forcibly taken away from the continent through slavery, I felt a compulsion to undertake this pilgrimage.

Further, in Europe I became conscious of my blackness and its relevance and significance in the scheme of things, and suddenly I saw my country in a different light — a country that I needed to see more and explore in ways I had never previously imagined, and which had a lot to offer. Now I needed to know more.

I found it shameful that several Europeans I had encountered in the UK knew places in Ghana that I, a native of this country, had never been to.

It was an eye-opening visit as I took in both the Cape Coast and Elmina castles, the Kakum National Park, Hans Cottage Botel and then strolled through its quaint, ancient streets with creaky, colonial style buildings harking back to the 19th century.

The famous world-acclaimed London Bridge in particular had me in stitches, because it is in reality no more than a culvert, but then that tells you about the power of marketing.

I have never looked back since then, and at every opportunity I do run to Cape Coast to unwind. Just sitting at the Oasis Beach Restaurant watching the waves crash on the shores, while I feast on grilled lobsters and fried yam and sip a cocktail is enough to make me forget my multitude of troubles.

Once the capital of the Gold Coast, Cape Coast prides itself as the cradle of modern Ghana. The Portuguese, the first European arrivals, named it Cabo Corso, and when the English took over about a century later, they decided to call the town by its English equivalent, Cape Coast.

In the evenings, Auntie Araba Hayford’s ‘etsew’ with deep-fried octopus and gravy goes down rather well.

I love their doughnuts too. Without doubt, Oguaaa is the gastronomic capital of this republic. Being a fluent Fante speaker, I also like how the locals roast and grill their Fante as they speak, garnishing it with English words.

The significant white presence in Cape Coast led to the springing up of a new breed of Gold Coaster – the ‘half-caste’, or ‘mulatto’ children, who enjoyed a unique identity and enhanced status among the locals.

Cape Coast and its environs also became known for its various family dynasties involved in politics, law and academia –  the van Dykes, the Brew-Riversons, and the Casely-Hayfords, among many others.

Whenever I have sat on the beach, particularly in Elmina, I have wondered what it was like exactly when Don Diago d’Azambuja and his crew first arrived on the horizon one fine day back in the late 15th Century.

The locals must have had the fright of their lives, seeing this monstrous thing suddenly loom in the distance, and getting bigger as it approached. I have always wondered what went through their minds. Panic, probably, because no such thing had ever been seen.

The chief must have been immediately notified. Perhaps the gong-gong was beaten for the people to congregate.

Perhaps they cowered behind the coconut trees on the beach as the ship bobbed towards them. Maybe they ran to the nearest hills and frightfully observed its progress, wondering how such a big thing managed to stay afloat and move without any oarsmen, as if guided by the gods themselves.

Then when it finally docked and the Europeans stepped ashore, there must have been quite a stir. What? Had the gods themselves, pale-skinned with flowing hair, come ashore?

Who were these people? Why did they look different? Where had they come from? What did they want?

It would be a great idea if someone could try to capture the first arrival in a short movie, all the way up to how the first Europeans and the locals managed to establish a relationship through the language barrier and probably through mists of some mutual mistrust and reservations.

It was a fabulous weekend lounging on the beachfront, catching up with friends and conducting some business. Again, the traffic on the road back to Accra, especially in the Buduburam stretch, drove me round the bend.

Clearly, it is time for a dual carriageway all the way along the coast to Takoradi.

Failing that, and failing the building of the Cape Coast Airport, I might, if I become fabulously rich, just buy a light plane, get a pilot’s licence, build a private airstrip in Cape Coast, buy a beach house at Heritage Beach and then simply fly down for my Oguaa weekends.

Life can be that simple if you dream right.