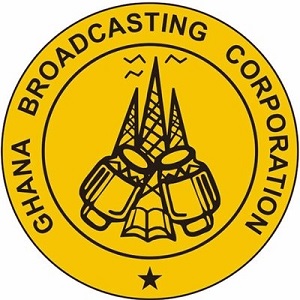 Public service broadcasting in the Gold Coast was started by the British colonial administration on July 31, 1935 with the establishment of Station ZOY to relay some programmes of the British Broadcasting Corporation (BBC) to the colony.

It later transformed into Ghana Broadcasting Corporation (GBC), and it is fitting and appropriate to, on its 87th birthday some weeks ago, pay respects to some of the personalities who have made invaluable contributions to public service broadcasting in this country.

Joachim Lartey (affectionately called “Over to you Joe Lartey”) is undoubtedly a colossus when it comes to running commentaries especially on football and other sporting events. The 95-year old former broadcaster was recently honoured in Dubai for his long meritorious service to Ghana, Africa and the world at large.

He is also on record as being the first person to run live commentary on wheels from the Holy Spirit Cathedral to the Osu Military Cemetery as part of the live radio coverage of the funeral procession for the burial of General Kotoka in 1967. This novel experience significantly revealed Joe Lartey’s impressive oral communication skills.

In the days when GBC exercised monopoly over the public radio airwaves, Radio Ghana broadcast programmes in six local languages — Twi, Ga, Ewe, Nzema, Dagbani and Hausa, alongside the other programmes in English.

For Nzema listeners Ackah Kwofie made a big mark; for Dagbani, a popular voice was Amadu Montia, for Ewe there were Bulla Nkansa, Mansa Avornotse and Kwame Djokoto.

For Hausa listeners it was Alhaji Dantani. The voices of all these individuals served the collective purpose of educating, informing and entertaining the general public through this important mass communication medium.

As the undisputed “Grandpa” of the broadcasting sector in Ghana, GBC can still hold its own against the hundreds of radio and television stations that have been giving the pioneer state broadcaster a good run for its money.

The school has produced and continues to produce competently skilled personnel for the broadcasting and allied industries.

In order to keep pace with the fast-changing developments in broadcasting technology, strenuous efforts must be directed at re-tooling the school, overhauling its course content, together with a deliberate qualitative improvement of the professional standards of its employees.

The relevance of the training school could be strategically amplified if it could extend its tentacles to forge meaningful co-operation with Ghana TVET Service in order to catch and train young talents who might be interested in pursuing future careers involving operating, servicing and maintenance of radio and television equipment, for instance.

Again, the school could hook up with the soon-to-be inaugurated Creative Arts School in Kumasi to explore areas of potential technical co-operation that may be mutually beneficial to both institutions.

The writer is a Retired Educationist. (This email address is being protected from spambots. You need JavaScript enabled to view it.)