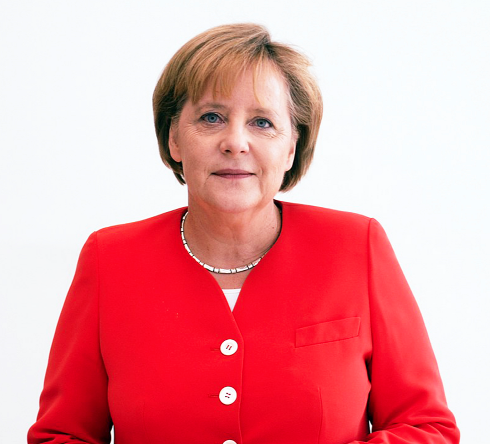 Following the violence which characterised the October 2021 confirmation of some Municipal, Metropolitan and District Chief Executives (MMDCEs), and attacks on its elections officials, the National Association of Local Authorities in Ghana (NALAG) stated: “Such acts are barbaric and must not be found among men of honourable state as within our Metropolitan, Municipal and District Assemblies (MMDAs).” What strong language!

Over 60 years after independence, do we still give cause for words like “barbaric” to be used on us?

The last Sunday of September 2021 saw very peaceful elections in Germany. Typical of German elections however, a Chancellor was not immediately confirmed.

This will be done after coalitions are formed with lots of horse-trading among political parties.

While awaiting the German President’s announcement of a new Chancellor as constitutionally mandated to, hopefully by December 2021, Angela Merkel’s four-term reign as Chancellor of Germany practically came to an end after 16 years following the elections on 27 September 2021.

Her party the Christian-Democratic-Union (CDU) came second losing narrowly to the Social-Democratic-Party (SPD).

Interestingly, Angela Merkel’s own vacated seat was won by a 27-year-old opposition candidate from the SPD. So, who is Angela Merkel?

Born in 1954 to a Lutheran-priest father Horst Kasner and a Latin-and-English teacher mother Herlind Kasner, Angela Dorothea Merkel trained in Physics for her first degree, just like her first husband Ulrich Merkel (1977-1982).

She obtained a PhD in Quantum Chemistry in 1986. Since 1998, she has been married to Joaquim Sauer.

When she arrived in Berlin, capitalist West Germany (Federal-Republic-of-Germany) in 1978 from Leipzig in then Communist East Germany (German-Democratic-Republic) with her first husband, she records in an interview with the magazine “Sueddeutsche Zeitung,”
“I was a squatter……. It’s tough washing your hair when there is no running water,” referring to her hippie hair.

Her rise to become leader of her party and then Chancellor in 2005 has been a fairy-tale in a male-dominated party/society like hers.

In his book “Angela Merkel; Europe’s most influential Leader,” Professor Matthew Qvortrup of Coventry University, UK’s Department of Political Science and International Relations said the name Merkel had become a noun for a unique way of doing politics. Additionally, he postulates Merkel could also be used as a verb.

“To merkel, is to think about things, to consider things carefully, to read a report over and over again, to calm down and to make a decision.

To merkel is to be sensible and cautious.

To merkel means you wouldn’t make a decision quickly without thinking through any possible outcome. It means you can be cautious to a fault in everything you do or say, even at the risk of being accused of not listening to your foot-soldiers.

To do a merkel is to observe a total lack of spontaneity.

To do a merkel means you are not afraid of being boring.

To do a merkel means you have a personality trait that does not carry you far into politics in many countries – seriousness!”

She has been principled, simple and humble.

In her 16 years as Chancellor of Germany, she never threatened the opposition with violence for disagreeing with her.

Neither did she make any allusion to, or invoke that ultimate word, DEATH! She was respectful to all.

As Africans, we feel insulted when the black man is humiliated!

But don’t we give others cause to disrespect us by our own actions/inactions when we show no value for the lives of those we rule?

Why should ordinary elections assume the form of war with threats of death if one is not allowed to have one’s way to rule the rest of us?

The “Divine Right of Kings” in Europe gave way to western democracy which we are trying to imitate.

Why are African leaders busy amending constitutions to do a third term, believing they must rule at all cost, or plunge their countries into chaos?

In Togo, “father-and-son,” (courtesy ‘Prof’ Azumah Nelson,) have ruled fifty years; thirty-eight for father, and twelve for son, and still counting! Why?

As the Guinean people asked ECOWAS, what moral basis did ECOWAS have, sending the Ivorian President to Guinea after tacitly offering practical lessons to the Guinean leader on how to unconstitutionally force in a third presidential term.

Angela Merkel came in, performed, and is leaving humbly after 16 years of unblemished leadership.

Indeed, although the German Constitution allows her to go a fifth round, she declined it.

As Shakespeare said, she is “leaving the stage when the applause is loudest!”

Like Angela Merkel, our leaders must learn to lead non-violently, by example, respect for the public-good with the welfare of the led at heart, and above all integrity.