While on VGMA holiday, Shatta and Stonebwoy can lead live music 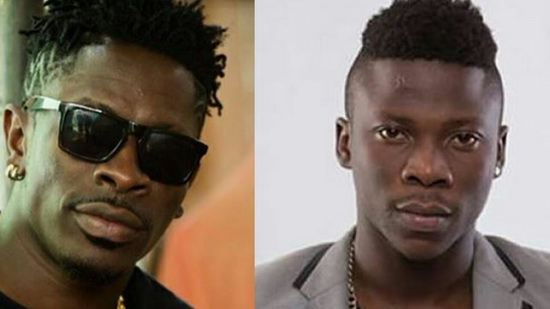 The brawl between Shatta and Stonebwoy at the VGMA and its resultant decisions could actually be a launch pad for the two acts. How do you bounce back in the midst of misfortune?

Tiger Woods has done that perfectly after infidelity issues that ended in a divorce. His comeback earned him the highest national award, Presidential Medal of Freedom, presented to him by President Donald Trump.

The two have since been banned from future awards. Many on various platforms have chastised the organisers of the VGMAs after the decision, saying it was too harsh, but was it?

The ban presents the two musicians the opportunity to really sell live music and boost Music tourism in Africa and to the rest of the world. With the clout they have and the publicity they got from this gun issue at the event, what if these two men decide to shame everyone and come together to do a live concert?

They can bring friends from all over the world and make this event an annual one that can pull people from the dancehall industry in Africa and abroad. Could this event be Africa’s dancehall meeting place or festival every year?

Live music and event promotion in the USA this year, according to IbisWorld, will contribute not less than 28 billlion dollars to the economy. Instead of fighting, trolling or insulting, let the two acts get to work and make more money for themselves, unearth talents and be more relevant.

PwC (Pricewaterhouse Coopers) estimates streaming music will grow at a CAGR of 18 per cent. Streaming music revenue will grow to slightly over $23 billion by 2022. However, it won’t match the strength of the live concert industry which will generate 33 billion dollars in the next 4 years.

So how much of this global cash are you two men cashing in on? You may have your own plans but unity is strength and this rivalry may not necessarily earn you as much. I know your popularities thrive on controversy but this is also controversial. That you two finally decided to work together? Wow!!

What about a music tour, guys? Do it in all the major sports stadiums around the country, send it to other countries, promote peace especially now that we are getting to election 2020.

The wirter is the CEO Chamber for Tourism Industry Ghana