The Axis of the Youth & the Start-up Culture 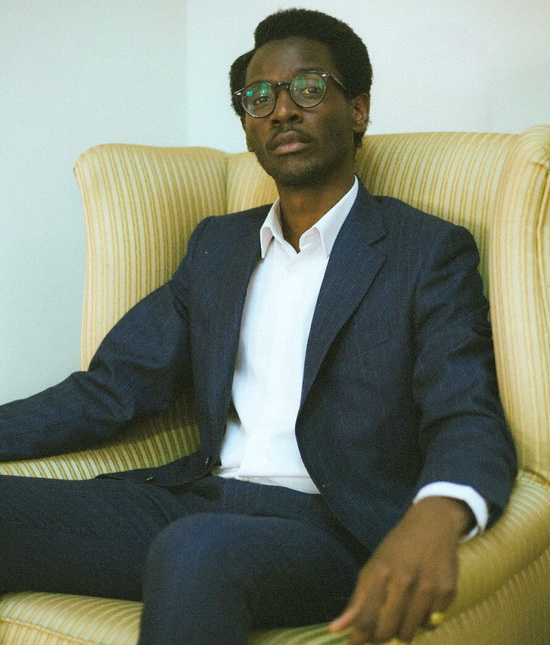 As a centrist, a modernist tempered by traditionalist bias and an advocate for political reform, I perceive the various cosmopolitan milieus that constitute the Republic of Ghana as quintessential contemporary muses for statecraft, reflective of an entirely new ethos of the youth.

Ghana, through a strong identification with invention; imagination and innovation –while surrendering its fate to an axis of the youth – could pioneer avant-garde initiatives across the free market and government to revolutionise our political economy.

The Republic could be transformed into a spectacle worthy of contemplation and desire, mirroring the stardom of Ghana’s start-up culture, which, upon a closer look, is blessed with an abundance of entrepreneurs of the gaudiest illumination.

There is an elusive quality, or an otherness, to emerging cultural movements synonymous with the frenzy of start-ups and the drive of youth entrepreneurship. It has a certain quicksilver element and a sort of ‘system d’espionage’ to its evolution that galleries of the future will surely attest to.

A start-up Republic would simultaneously advance free trade and our alluring flag across the continent with a focus on consolidating an economic sphere of influence within the African continent, led by the performance of our export-sector and the exceptionalism of Ghanaian industry.

The long-term objective is to create an external dependence on our domestic market, by the various Republics throughout the African continent, not only for quality Ghanaian manufactured exports, but also for our services and popular culture. A fundamental progressive measure towards the realisation of this objective is to include the informal economy within the legal framework and initiate unprecedented economic cooperation between the expertise of tech-savvy entrepreneurs and petty trading businesses.

Today, there are several circles of youth-oriented enterprises, social and cultural movements that hold a direct interest in secular welfare. As a broad-based civic grassroots movement, the axis of the youth could effectively bring standard-setting policies to the notice of Government, with the patronage of our traditional rulers.

A start-up Republic, repositioning Ghana as Africa's economic centre of gravity, is the surest path towards nurturing a solid working class with improved standards of wage labour and technical proficiency.

I believe this spontaneous necessity for rapid modernisation, in coherence with a renaissance of the Republic, naturally gives youth-oriented institutions the prescriptive right to leadership on a national scale.

The old socio-political order shall inevitably assimilate the ideals representative of a new community of interest. It could not possibly resist the emergence of a coordinated youth-led civic movement which no longer depends upon the self-injurious conservatism of partisanship. The façade of traditional political parties could, therefore, only last for so long.

As J.B. Danquah wrote in 1928, in An Epistle to the Educated Youngman in Akim Abuakwa, regarding the Legislative Council, “We have here a form of responsible government literally thrust upon us. It is for us to seize it and make it a polished and refined form of government”. This is the challenge of the youth today.

A grassroots start-up-oriented civic movement
Solidarity is vital to our political culture. It mobilises ad hoc voluntary associations for civic participation and tackles the need to end the isolation of underprivileged, misrepresented or distressed citizens in society. There is a need for wider techniques of organisation and joint action by the youth to address common socioeconomic issues such as local enterprise, human rights, clean water supplies, compliance with sanitation regulations, improved public medical assistance and formal education, as well as to further cultivate a keen interest in constitutional matters amongst others.

The start-up Republic, to identify the various aspirations which dominate the thinking of our modern society, must be centred around the involvement of citizens in affairs that directly affect them. A truly progressive and all-inclusive consensus built around organised public discourse would necessitate a shift towards a post-partisan political culture.

I believe the start-up Republic should be crafted around autonomous self-organising and self-financed social clubs, as well a jointly funded auditorium or headquarters, to debate ideas for reform.

The flexibility of this prescribed mode of organisation accommodates the wide interests of society without discrimination towards certain social structures, or beliefs, and creates an enhanced environment for the expression of free thought under a common movement. Adapting a liberal approach of this kind would allow quicker decisions, peaceful coexistence and reduce the burden of bureaucracy associated with conventional party structures.

This civic experience must be optimised with the use of digital technology as a means of accumulating data and as a tool for activism. A common user-friendly mobile application could be developed for quantitative and qualitative analysis to assess and address specific social issues. In an era of modern technology, even holograms could be used to simultaneously engage people of distant public conventions in live interactions, in addition to social media, print media, emails and leafletting as well as an orthodox door-to-door listening campaign.

If you want better economic conditions, respect for your individual autonomy, affordable living and opportunities for earning income, support an axis of the youth. It is time to try something new!