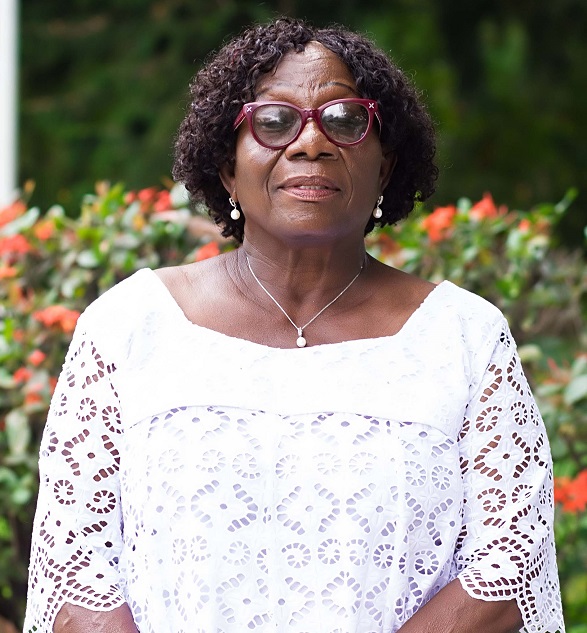 In 1986, Mary Cato joined St. Bernadette on secondment from the Accra Technical Training Centre. She had just been interviewed to be promoted to Assistant Director of Education as a teacher of 23 years standing with the Ghana Education Service (GES) and had intended to stay only one year at St. Bernadette but she would stay for 25 years instead and in that time, became a strong tower of development in the school through her distinguished service.

On the occasion of her 80th birthday marked on December 4, 2020, the article tells some of her story with extracts from her forthcoming memoir, Mary Cato: Life and Service.

Of the many educational institutions in the community of Dansoman, St Bernadette Soubirous School (often mispronounced St. Benedict) is one with the utmost renown for good quality education. It was founded in 1978 by the Catholic Bishop of Accra, Archbishop Dominic Andoh, and is owned by the Archdiocese of Accra.

It is one of the many institutions of social development, including schools, hospitals and training colleges founded by the Roman Catholic Church in Ghana that have contributed so much to the development of Ghana’s human capital. 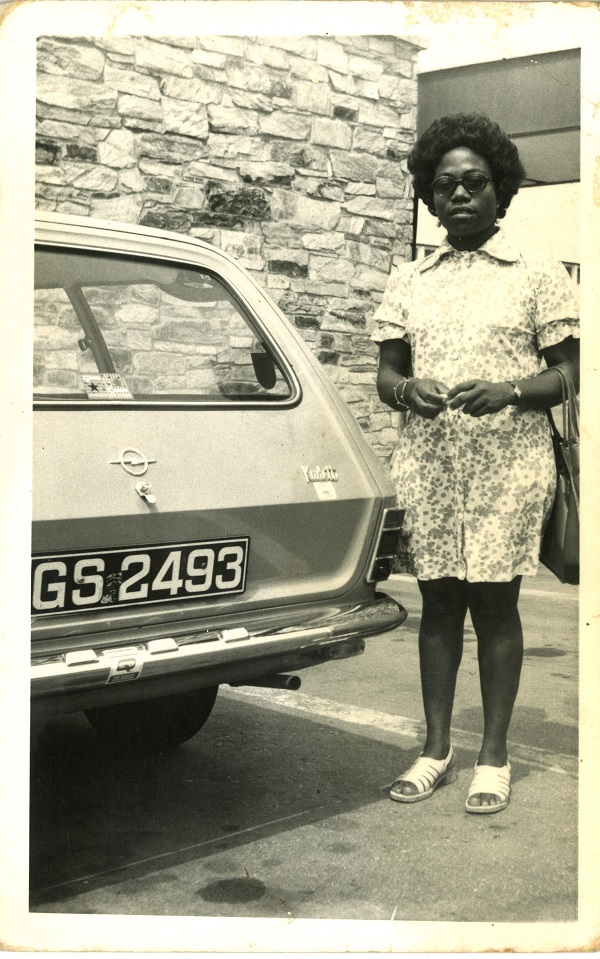 In September 1986, however, one Mrs Mary Cato nee Hagan took one year secondment from her role as English teacher at the Accra Technical Training College (ATTC), then called the Canadian Centre, to become headmistress at St. Bernadette. Mrs Cato, a devout Catholic, was a member of the St. Margaret Mary congregation where Father Van Der Wulff served as parish priest.

As she recounts, “my priest used to come to the Canadian Centre to request help for ongoing works with the school like carpentry, masonry and so on. One day, he went to see my principal and told him, as if in jest, that he was going to poach one of his staff.

I was concerned that I could not, after teaching adults for so long, return to teaching young people effectively. I worried that after my 13 years in the technical school, I could not manage it.”

But Mrs Cato’s fears were unfounded. After all, she had been assisting with organising holiday class programmes for the youth in the parish and bringing structure to their programmes.

Though in her current post she had been teaching adults at ATTC, she had worked as a teacher from 1963 and taught at all levels, from primary one to the polytechnic level (where she taught at the now Accra Technical University).

She had twice been selected for further studies and capacity development in the United Kingdom and Canada respectively, and was more than qualified for this role. She took up the challenge in spite of her concerns and got to work.

At the time, St. Bernadette had not yet become renowned like her sister schools: St. Theresa's, Bishop Bowers and Christ the King. It had grave needs too. The school was, at the time, at the end of town and on a water logged patch of land with bushes that harboured miscreants.

The headmistress’s office was housed in a wooden structure. For co-tenants, there were rats, bats and lizards with occasional visits from bees. But these challenges were nothing compared with what the school would soon face.

The 1987 educational reforms phasing out the common entrance system posed an immediate challenge to the school’s management. With the end of common entrance in 1986, subsequent graduating classes: ‘87, ‘88, ‘89 and so on would transition to Junior Secondary School (JSS).

Parents, not wanting their children to avoid the new JSS system, began to take their children away to other schools. The class numbers quickly dwindled.

Initially, Bishop Bowers, Christ the King and St. Theresa's took on the remaining students in the senior classes because St. Bernadette’s simply didn’t have the facilities to start the JSS system. This was intended to be a stopgap measure while a permanent solution was found.

Various means including PTA levies, sponsored walks and other events were used to raise funds towards construction of the facilities. As a result, they were able to construct a JSS block based on architectural drawings provided by the government and a multi-purpose building with a science laboratory, technical facilities and library.

Beyond the infrastructure demands of the JSS system, it also required teachers for all the 12 subjects to be examined. There were newly introduced subjects like Pre-technical skills, French, Vocational Skills, Life Skills and Ghanaian Languages like Ga, Ewe and Twi for which there were no teachers.

For a cash strapped school that was raising funds to build new facilities, there was little money to spare to hire teachers. In the end though, four teachers, including Mrs Cato who taught English, all 12 subjects, and with such dedication that the school met great success in the BECE ex-exams.

When the first batch of students wrote the BECE in 1993, 11 of them scored 12 ones at the time, and the worst performer achieved aggregate 17. This achievement cast the spotlight on St. Bernadette’s from then on. Performance in subsequent examinations were also marked by double-digit 12 ones records which proved that the very first achievement was no fluke.

The news of St. Bernadette’s successes spread like wild fire and the school became highly sought after. Whenever admissions were open, parents would queue from dawn to buy admission forms which would naturally be over subscribed. The name “Mrs Cato” and her work ethic became the stuff of the fable.

If a teacher in another school was misbehaving, it is said that Mrs Cato would be invoked to scold them, “if you were in St. Bernadette do you think Mrs Cato would allow this behaviour?”
Her dedication to disciplining both teachers and students alike was well known. The school continued to be successful because she maintained strong and strict standards. 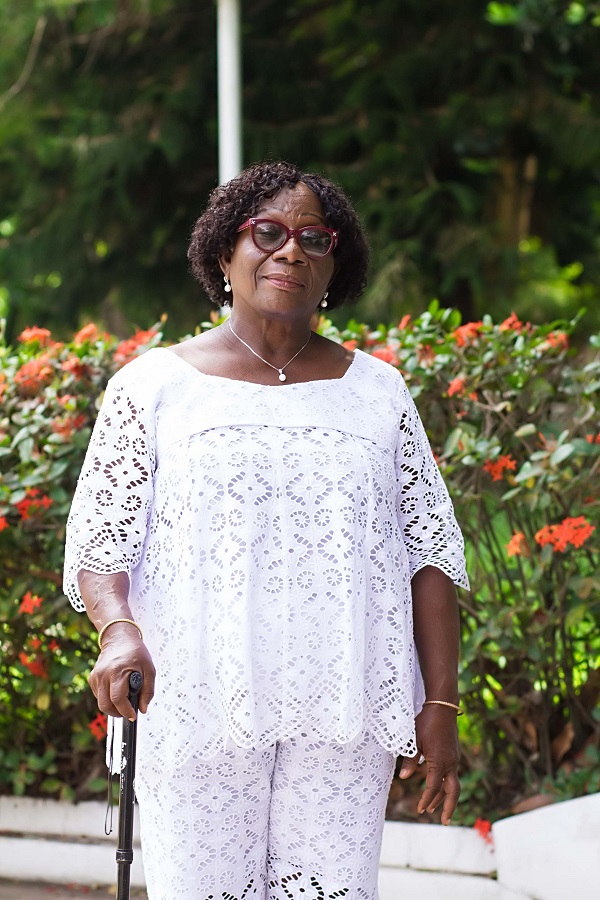 Teachers had to pass rigorous tests in order to be employed and they enjoyed constant supervision to ensure a high quality output. Students received the best education and preparation for their examinations, including external ones organised by Mrs Cato for St. Bernadette’s and a group of sister schools.

Mrs Cato was committed to the infrastructural development of the school. From less than one stream of class six and a second stream that was only up to class three, she expanded facilities to three streams from kindergarten to JSS3. She also started the construction of an assembly hall before going on retirement.

At a point when she felt the school needed to be fenced, she spearheaded the construction of a fence. At the time she retired in 2012, the population was about 1,450 students, with a staff strength of about 150 teachers and supporting staff.

Every formally educated member of our society has at some time in their life passed under the tutelage of a teacher, and if you are a parent or have recently had to take up extra tutoring duties because COVID-19 has caused schools to close, you might have gathered that teaching children and developing young, precocious minds is no play. 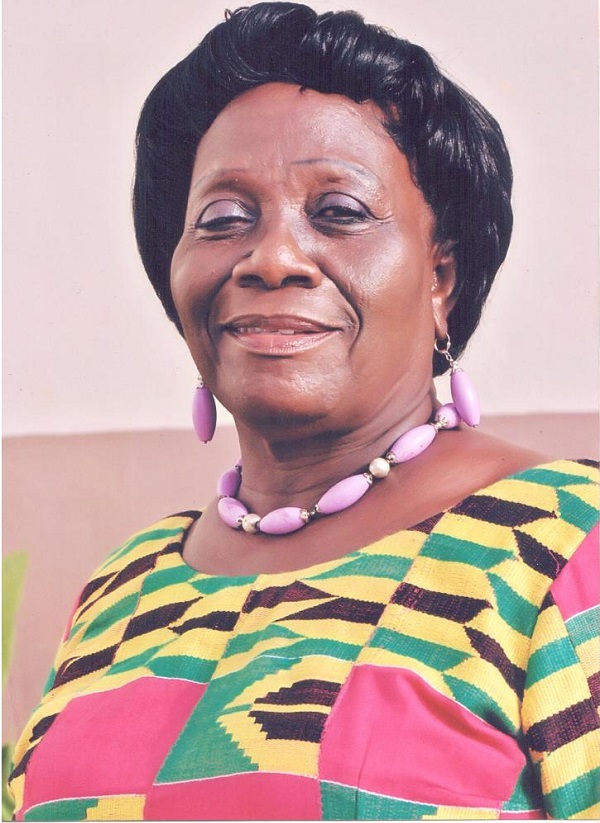 Henry Adams in his famous book, the Education of Henry Adams, notes that, “A teacher affects eternity; he can never tell where his influence stops.” This is why we can never say thank you enough to Mrs Mary Ekua-Atta Cato and teachers like her who, through their work, have built nations, transformed families and placed simple young children on the paths to realising their aspirations and dreams.

But there is something we can all do, we can remember their work, we can celebrate them and we can shout so loud our praise, that eternity will take note of their toils from yesteryear.
On the occasion of your 80th birthday, Mrs Mary Ekua-Atta Aquiline Cato and your twin brother, Anthony Lindsay Kweku-Atta Hagan, we wish you the endless joy and happiness that you brought to others through your years of toil to give many young people a future. Happy Birthday!

The author is a son and an admirer who credits the strong foundation developed by her with his later successes.