Let’s do it for the fathers 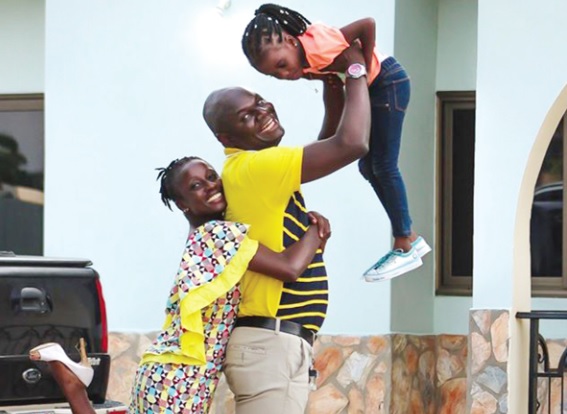 It is barely two days to Father’s Day and yet the tempo for it is still low unlike Mother’s Day that gets all the big events and dinner dances across the World. Weeks to the Mother’s Day for instance, people were on the social media celebrating their mothers. Some changed their profile pictures to that of their mothers and shared amazing stories of all the struggles their mothers went through just to ensure they got where they are.

There were people who went the extra mile to appreciate their mothers by buying them brand new cars, houses, wax prints, expensive jewelleries, air tickets among others.

The churches were not left out of this euphoria. Almost all mothers came to church dressed in white apparel and were celebrated.

Sunday is Father’s Day and there are just a handful of programmes being held to celebrate them for bringing us into the world and standing by us in times of difficulties. However, you hear little in the newspapers, radio and television.

As if men are the only ones who can be terrible parents. We all know at least one somebody who had a terror for a mother and I have never heard women publicly reprimanded on Mother’s Day.

Father's Day has been celebrated for over 100 years. It's also an event celebrated in many countries around the world, although at different times of the year. In North America, the United Kingdom and Ghana,  Father's Day is celebrated on the third Sunday in June.

Father’s Day is celebrated worldwide to recognise the contribution that fathers and father figures make to   the lives of their children. The day celebrates fatherhood and male parenting.

There are a lot of people who do not like celebrating Father’s Day. This is simply because their biological  fathers never took care of them, refused to take them to school or pay school fees or took care of the bills at home.

For some children, all they see their fathers do is  dine and wine other  women   to the detriment of their  wife and children. Moreover, some hate to see their fathers because they were molested one way or the other; virtually  turned them and their mothers into punching bags.

. Besides, there are children walking about who do not know who their real fathers are. They are being catered for by good Samaritans therefore, to them the day is not worth celebrating.

We have actually built up a culture where the physical pain of the mother is rated a notch above the sacrifices of the father. The sacrifices and the pain that a mother and a father  go through to raise a child are very different from each other.

It looks like things are gradually changing these days. The current generation of fathers seem to  be very responsible and caring. Unlike in the past where they leave all the PTA meetings, school visiting, Open Days and shopping for the mothers and aunties to do.

There are even fathers who buy everything for their children including sanitary towels for their daughters. Something that some mothers of today do not also want to do.

The modern day father comes in various forms. Today’s father is no longer always the traditional married breadwinner and disciplinarian in the family. He can be single or married; externally employed or stay-at home; an adoptive or step-parent; and a more than capable caregiver to children facing physical or psychological challenges.

Fatherhood is changing in important and sometimes surprising ways.  Today, fathers who live with their children are taking a more active role in caring for them and helping out around the house. And the ranks of stay-at-home fathers and single fathers have grown significantly in recent decades. At the same time, more and more children are growing up without a father in the home.

The changing role of fathers has introduced new challenges, as dads juggle the competing demands of family and work.

Recently, Pew Research surveys have found that, just like mothers, today’s fathers find it challenging to balance work and family life. Working fathers are as likely as working mothers to say that they would prefer to be home with their children, but that they need to work because they need the income: 48% of working fathers with children under age 18 say they’d prefer to be home while roughly the same share say, even though it takes them away from their family, they want to keep working.

The modern day father can contribute to his children’s health and well-being by maintaining a healthy relationship with the other parent even in cases of divorce; providing emotional and financial support, appropriate monitoring and discipline; and most importantly by remaining a permanent and loving presence in their lives.

If the day falls on your father’s birthday, then it means it is double celebration and you have to celebrate him in a grand style. Make this Father’s Day the best ever by giving your dad a day that shows him just how important and loved he is.